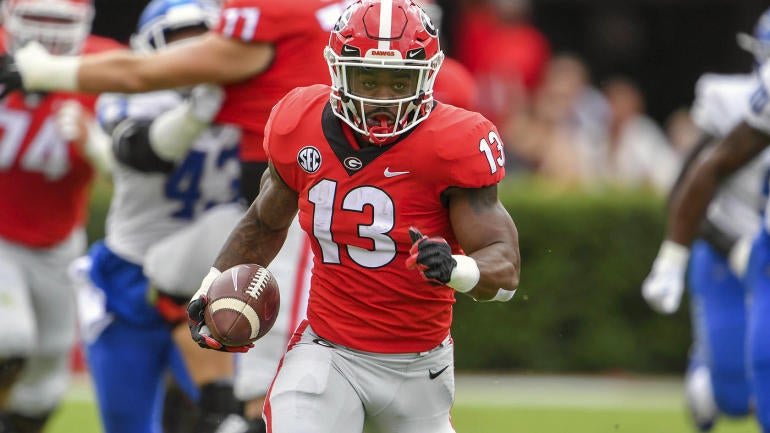 After three hectic days, the 2019 NFL Draft finally ended on Saturday when the Cardinals made UCLA tight end Caleb Wilson the 254th and final pick taken this year. However, just because the draft is over doesn’t mean the chaos is finished.

Over the next few days, every team in the NFL will be looking to beef up its roster by adding the best available undrafted free agents, and these are names you’re definitely going to want to keep track of, because, if NFL history has taught us one thing, it’s that undrafted free agents can end up making some serious contributions on the field.

Some of the best players in NFL history fell through the cracks of the draft and didn’t get a shot in the NFL until they were signed as an undrafted free agent. Players who weren’t originally drafted include Hall of Fame quarterbacks like Kurt Warner and Warren Moon. Recently retired players like Tony Romo and former Steelers linebacker James Harrison were also originally signed as undrafted free agents.

Basically, for teams looking in the right place, there could be a diamond in the rough out there, and if you’re really lucky, your favorite team could end up making a Warner-like discovery and find a Hall of Fame quarterback. Several teams have already signed an undrafted quarterback this year, including the Bills, Vikings and Broncos.

With that in mind, let’s get to the full list of undrafted free-agent signings. The list will be updated periodically until each team officially announces their undrafted free-agent class, which should happen by the end of the week. (Note: Some of these “signings” may end up being camp invites only, and once we have that information, we’ll be sure to update)