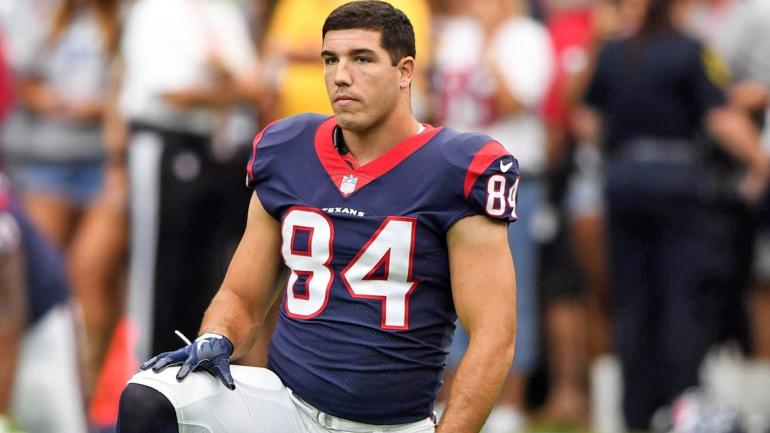 Houston Texans tight end Ryan Griffin was arrested Friday night in Nashville. According to a report from FOX 26 in Houston, Griffin was charged with vandalism and public intoxication after allegedly punching a window of Hotel Indigo in Nashville, the site of this year’s NFL draft.

Per FOX 26’s report, police responded to a disorderly person call at 11:40 p.m., and encountered Griffin, whose hand and fingers were bleeding. Hotel security had followed Griffin after the window was broken, and then placed the call to police.

The Texans issued the following statement in response to Griffin’s arrest:

“We are aware of the incident regarding Ryan Griffin.  We are gathering information and will have no further comment at this time.”

Griffin was released on Saturday morning on a $1,750 bond. It is unknown how the arrest will affect his status on the team or whether he will be subject to league discipline under the personal conduct policy, but the Texans have drafted three tight ends in the last two years, so it’s possible they could choose to move on from Griffin after this incident.