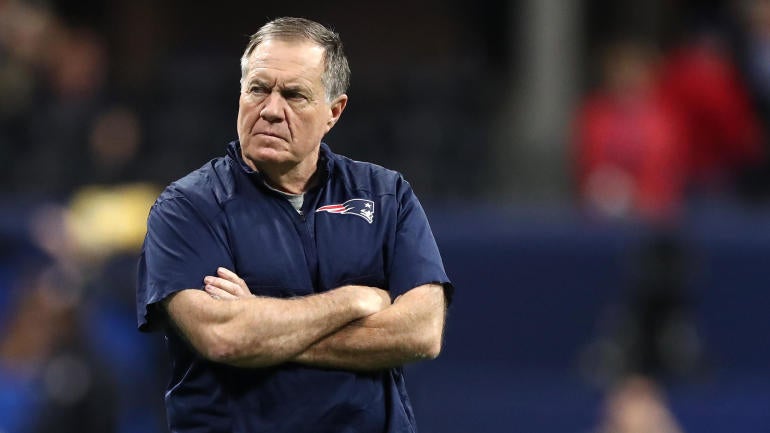 The second day of the 2019 NFL Draft was pretty incredible to watch, because of the depth available in this draft class. No, there weren’t any top end guys and it made for only a mildly interesting first round of the draft. But there were tons of options available to these teams in the second and third round, and some people came away with outstanding draft hauls that could impact their rosters in 2019 and moving forward.

We already know who won and lost too! That’s the exciting part. Dive into our latest weekend edition of the Pick Six Podcast on the player below and make sure to subscribe to get the pod delivered daily to your favorite app.

In the meantime, let’s look at who came out on top and who didn’t during the second day of the draft.

The Jags are off to a roaring start in this draft so far, landing a big-time pass rusher in Josh Allen at a surprising spot (No. 7 overall) and then somehow managing to get one of their potential first-round targets in the second round with the pick of Jawaan Taylor. If the Florida tackle is healthy, that’s an absolute steal for the Jaguars, and it will seriously upgrade their offensive line on the right side. This was a pick we thought they might pull on during the first day and they landed him in the second day instead. They then swooped back in and landed Josh Oliver, a receiving talent that will help at a position of need in tight end.

Chris Ballard is good at this draft thing, huh? The Colts GM can’t feel his face right now he’s so warm. Ballard moved out of the first round on Thursday, acquiring a 2020 second-round pick from the Redskins in the process. He then proceeded to annihilate the second day of the draft — just like he did in 2018 — scooping up arguably the top cornerback on the board in Temple’s Rock Ya-Sin with a pick he got from the Jets for trading down last year. He then snagged Ben Banogu, who can help improve Indy’s pass rush without being forced into a critical role. Parris Campbell out of Ohio State at No. 59  might be my favorite pick of the draft. Him and T.Y. Hilton in a Frank Reich offense with Andrew Luck getting up to full strength? Yikes. Bobby Okereke should make the Colts better against the run and also won’t be required to play immediately. This second day is eerily similar to last year’s effort, which should have the AFC South scared.

I like what John Elway’s cooking with on Day 2 in 2019, especially when you factor in that Denver already added Noah Fant in the first round. Elway scooped Dalton Risner when the Kansas State lineman fell into the early part of the second round — any protection for Joe Flacco is a good thing and Risner is tough and polished enough to start early on. Drew Lock was a guy people wanted the Broncos to take at No. 10 and did just that … in the second round. 42nd overall is a nice slot for Lock. Picking up Dre’Mont Jones in the third round is a good piece for fortifying the defensive line. Denver needs to figure out some resolution for the Chris Harris situation, though. Harris is one of the most dynamic corners in the league and he’s been criminally underpaid throughout his career.

It brings me no great pleasure to declare Arizona a winner here, because I still think they mishandled the Josh Rosen situation. But this was a really big bounceback on the second day by Steve Keim and Co. For starters, Arizona netted a second-round pick for Rosen, which was more than I thought they would heading into the day. Their three draft picks were just good: Andy Isabella provides a much-needed weapon for Kyler Murray, Byron Murphy and Patrick Peterson is a dynamic corner combo and Zach Allen might be a major steal as a pass rusher with the 65th overall pick. Anything and everything the Cardinals do will be judged on the success of Kyler Murray and (more than likely) their 2019 season, but it’s hard not to really like their second day. Landing Isabella with the Rosen pick could pay big-time dividends.

This may surprise you, but Bill Belichick is killing it in the middle rounds of the draft. New England landed Joejuan Williams with their first pick (45th overall) in the second round — the Vanderbilt cornerback is the captain of Pete Prisco’s Better-Than Team this year. Then they scooped up edge rusher Chase Winovich in the third round, pairing another Michigan man with Tom Brady. It’s not impossible he ends up being better than Rashan Gary. Damien Harris is a beastly running back out of Alabama who should indicate the Patriots plan to keep pounding the rock. And Yodny Cajuste out of West Virginia with the 101st pick is a steal for a team that has done an incredible job developing offensive linemen and gets to add him to their roster as line depth. The Patriots dynasty is supposed to be wrapping up but they just keep dominating in the draft. Belichick is sitting on three more fourth-round picks too.

Atlanta had a pair of picks of on Thursday, nabbing two offensive linemen to protect Matt Ryan. But this was a defense that submarined last year, and because the Falcons had ZERO PICKS on Friday, they can’t get any help for that side of the ball. Even if it was largely because of injury and Dan Quinn believes he can fix the defense by allowing his young guys to grow and develop, acquiring some depth would have been nice. Additionally, look at the players going in the second and third round this year — this was a really deep draft, and it would have been beneficial to have multiple (or even just one) picks in the second and third round. Let’s keep an eye on this when the season starts if the Falcons begin to lose anyone to injury, a pretty commonplace occurrence in the NFL.

The Bills had a nice second day, picking up Cody Ford in a steal of a pick and then landing Devin Singletary out of FAU. I like the moves in a vacuum and think the Bills are having a really nice draft, but the problem here lies for the veteran running backs in Buffalo. Surely Sean McDermott and Brandon Beane like the leadership McCoy and Gore provide, but it’s hard to imagine them actually keeping all of these running backs on the roster. T.J. Yeldon or one of the old guys is going to get bumped at some point here.

We already had a situation unfolding with the Rams where we didn’t know if Gurley would be the primary ballcarrier anyway, and now it looks like the Rams might seriously be reducing Gurley’s workload with the addition of Darrell Henderson, a.k.a. the “Human First Down” out of Memphis. Henderson is an explosive runner who is going to get on the field. Gurley is still a stud, but his health remains a major question mark for the Rams and we don’t know exactly how many carries he’s going to get. The early addition of a running back in the draft for a team with several other needs certainly indicates they may be concerned with just how healthy he is to start the season.

Their first pick of the second day should be a tacit acknowledgement of the issues this franchise is facing when it comes to Tyreek Hill. Their star wide receiver continues to be under the microscope for what are reportedly some extremely heinous actions related to his fiancee and their 3-year old child. There are a LOT of moral quandaries to unpack here, and if the actions are true, there’s no way that Hill should remain on the team or be allowed to play football. From the pure roster perspective, it’s clear the Chiefs aren’t sure he’ll be around with the addition of Mecole Hardman out of Georgia, who could very well be their next Hill-type player.

Again, this is a DAY TWO losers and winners post only. And because of that, if you traded away picks to move up in the first round, you are probably going to get dinged here. That’s the case with the Giants, who were only able to secure Oshane Ximines out of Old Dominion in the third round. This is actually a surprising veer by Dave Gettleman, who has traditionally locked in on bigger school guys for his mid-round picks. Instead he went with the small-school edge route here, nabbing some edge help. The Raiders had their three first-round picks and got Trayvon Mullen out of Clemson in the second round. Like the picks, but when you only had one selection in the second/third rounds of this draft, you’re losing out on some quality players. Part and parcel of three first-round picks is having less guys to take during the next day, and the Giants/Raiders found themselves with just one.