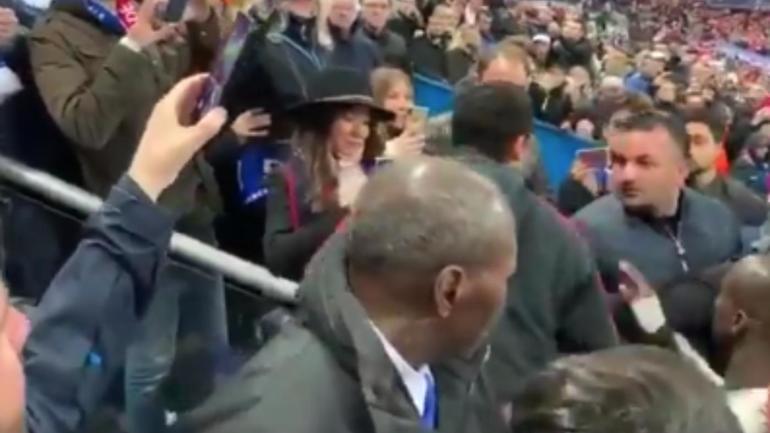 After being suspended this week for three Champions League matches next season for insulting officials, Neymar may have another punishment coming. Paris Saint-Germain lost in his return to the field from injury on Saturday, falling to Rennes in the final of the Coupe de France, 6-5 on penalties after a 2-2 finish. During the medal ceremony after the match, Neymar got into it with what appeared to be a spectator. Other players on PSG looked at this guy as if he had said something that bothered them, and Neymar looked to grab his phone before the man tried to stand up. Then it appears as if Neymar strikes him on the chin with a quick jab. Take a look:

Oh boy. Putting your hand on a fan? Yeah, not a good idea. Safety is the primary concern at any event, and that’s just not a good look on the player, no matter what was said. Somebody of his profile, he’ll always have negative things said to him and about him, but reacting is what makes it all worse. Don’t be surprised if there is another punishment coming when it comes to Ligue 1 play or domestic cup play.