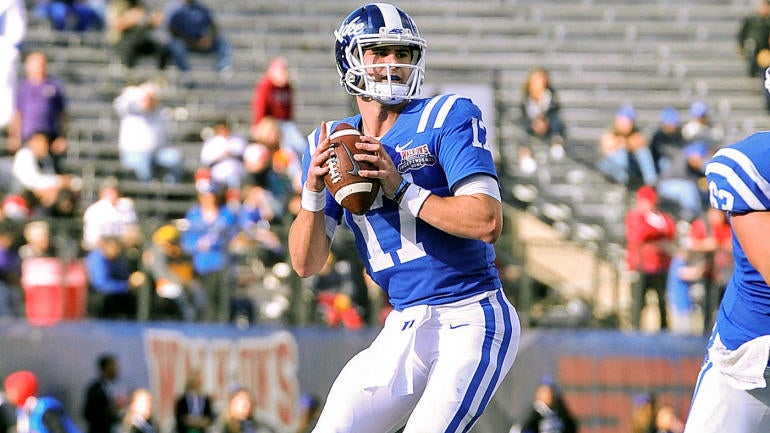 The first round of the NFL draft featured a ton of defensive talent going off the board, but as usual quarterbacks were the main story. The Cardinals took Kyler Murray first overall and still have Josh Rosen on their roster on Friday, while the Giants passed on Dwayne Haskins to select Daniel Jones out of Duke.

The takes have been fast and furious, but Haskins fell to the Redskins at No. 15, making their decision to stand pat pay off. But it also makes the Giants’ decision to take Jones look even more questionable. On top of that, Giants GM David Gettleman said that Jones could sit for three years, which seems like a generous timeline for Eli Manning.

Needless to say, it’s a lot to unpack, but the first day of the draft always is. Regarding Jones, the Giants seemingly always liked him but most believed he was not worth using the No. 6 overall pick on.

“There were murmurs at the Senior Bowl about the Giants loving Daniel Jones,” CBS Sports NFL Draft expert Wilson said on Friday’s “Off the Bench.” “And actually last night, Dave Gettleman said that ‘I saw him throw a couple of passes’ and that’s solely at the Senior Bowl. And he was the MVP of the Senior Bowl.

“But during that week he was not great… You take Dwayne Haskins at six, much cleaner guy much less to worry about, and it seems to me when you take a guy at six that doesn’t blow you away on any level, that’s not a No. 6 overall pick.”

Raja Bell added that in talking to people around the draft, no one seemed to have Jones going up top. Danny Kanell also says Jones likely could have been available at No. 17, a pick the Giants also owned.

It sounds like we’ll have to wait to see how the pick pays off– or if it does at all.