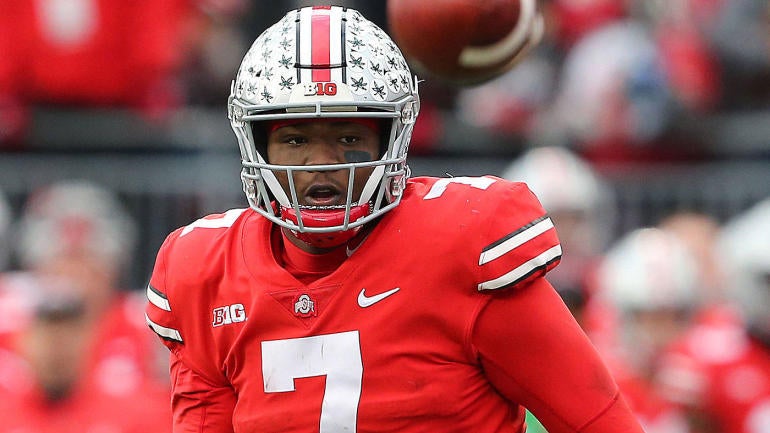 Dwayne Haskins is coming into the NFL with something to prove. He was taken with the 15th overall selection by the Redskins on Thursday, making him the third QB selected in the draft behind Kyler Murray and Daniel Jones. The Giants surprisingly took Jones sixth overall, and as a result, Haskins continued to fall.

The other team that passed up on Haskins was the Dolphins at No. 13, but after signing Ryan Fitzpatrick this offseason, they seem to be waiting another year to draft who they hope will be their quarterback of the future, and grabbed Christian Wilkins instead.

After his selection, Haskins wasn’t shy about what he thought of falling to No. 15.

“To be honest, I’m more motivated now than ever,” Haskins said after he was picked. “There’s a bigger chip on my shoulder. The league done messed up. I’m just blessed by god with my family, and I’m right down the street. So we gonna do it right this time, it’s crazy.”

Haskins played football at Bullis High School in Potomac, Maryland, and he was committed to the University of Maryland before changing his mind and joining the Buckeyes, so he isn’t traveling far to play in the NFL.

While it was never a forgone conclusion, a lot of folks projected Haskins — who was born in Highland Park, New Jersey — to go to the Giants at No. 6. However, the rumors of the Giants being enamored with Jones were true.

It’s an amazing pick for the Redskins, as they stood pat and got a player who threw 50 touchdown passes with Ohio State last year. The message here is clear as well: The Giants picked the wrong at No. 6. Now that Haskins is in the same division, he’ll get a chance twice a year to show David Gettleman he chose wrong.