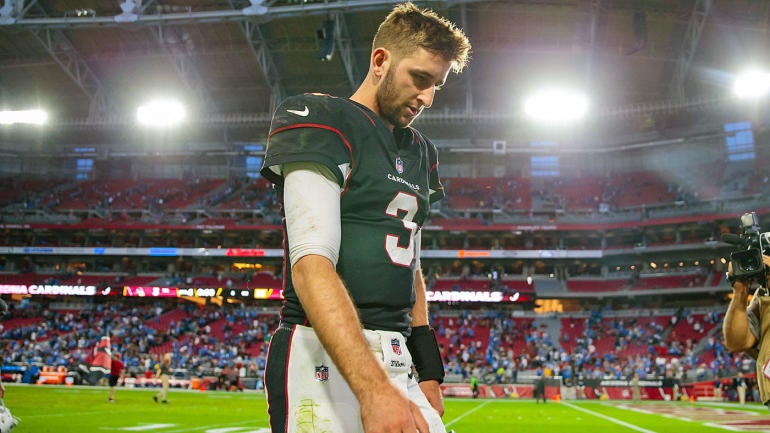 The Arizona Cardinals shockingly took Kyler Murray first overall on Thursday. The shock wasn’t because they took Murray — that was speculated for months — it was because they did so without dealing Josh Rosen, leaving them with two unproven quarterbacks on rookie contracts that they drafted in back-to-back years.

Perhaps even stranger, according to MMQB’s Robert Klemko, the pick apparently came without much foresight. Per MMQB, the Cardinals only began to legitimately shop Rosen minutes before the draft’s 8 p.m. ET start time. And they were hard-line on wanting a first-round pick, something that no team would give up.

Of course, there’s still time to deal Rosen. The Dolphins are easily the most likely suitor, as this year they signed bridge QB extraordinaire Ryan Fitzpatrick. Miami had the 13th pick overall, which they apparently deemed too steep a price for last year’s No. 10 overall pick, and took Christian Wilkins — who Pete Prisco called his favorite pick of the entire draft so far. The Dolphins could be holding out until next year’s quarterback draft class, which may or may not include Alabama’s Tua Tagovailoa.

According to MMQB, two other teams inquired about Rosen. The Redskins and Giants were both interested, but the Giants landed Daniel Jones sixth overall while the Redskins took Dwayne Haskins, who somehow slid to 15th, leaving the Cardinals out in the cold.

Something can still happen and Rosen can still be moved, but the Cardinals simply blew their best shot. It should be assumed they knew they were taking Murray at least weeks in advance, and as draft day drew nearer their leverage decreased. If they hoped some team would make a desperation trade, it backfired horribly. Now, they’ll either need to ride out Rosen’s deal, trade him for less, or wait and see if an injury leads to a team trying to land a quarterback, even a relatively unproven one.

Be sure to join us at CBS Sports HQ for our live coverage of the NFL Draft all the way through Saturday. We’ll break down all the picks and trades as they happen, with grades, analysis and plenty more. If you’d rather watch on mobile or a connected device, you can download the CBS Sports app.