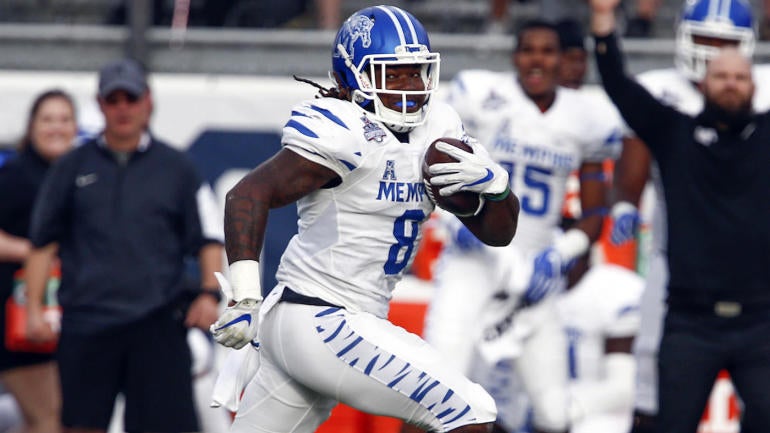 With the No. 70 pick in the 2019 NFL Draft, the Rams trade up to select Darrell Henderson, running back out of Memphis. Supremely fast back who can hit home runs from anywhere on the field. Occasionally can make defenders miss in space but his cutting skills are more subtle than violent. Speed allows him to bounce off weak tackle attempts.

Chris Trapasso: Henderson has eye-opening speed after he flips on the jets, destroying pursuit angles and outrunning everybody often. Cook was that type of freakish home-run hitter in the ACC for his entire career at Florida State. To me, Cook is more laterally capable, but Henderson did flash the ability to subtly avoid defenders down the field while at Memphis. Give either Cook or Henderson some space, and watch out. If they’re even, they’re leavin’.