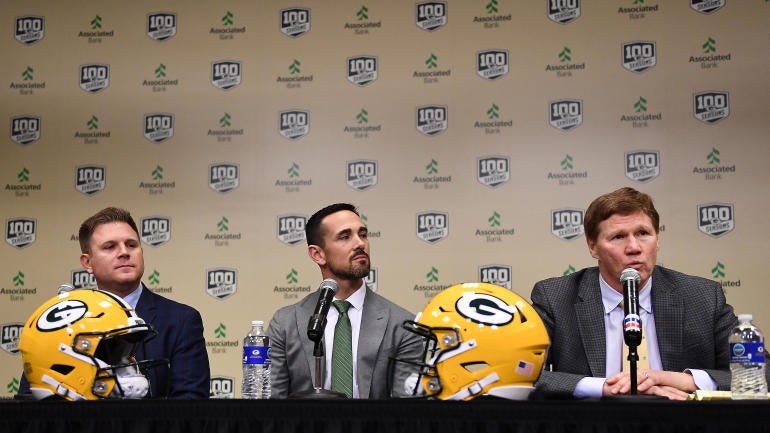 For a long time, the Green Bay Packers operated in a very specific way. First under Ron Wolf and then under Mike Sherman and later Ted Thompson, the Packers had a philosophy that changed very little. They drafted and developed players, prioritized homegrown talent and rarely splurged in free agency, and almost always moved down the draft board when making trades.

For much of that time, that philosophy served the organization extremely well. From 1990, when Wolf was hired, through 2017, when Thompson was let go, the Packers compiled a 271-176-1 record, the third-best mark in the league. The Packers made 19 playoff appearances and won 12 division titles during that time, capturing 21 postseason victories (second-most in the league) and two Super Bowl titles along the way.

Toward the tail end of Thompson’s tenure, though, things began to get a bit stale. Between 2014 and 2017, the Packers saw their record plummet from 12-4 to 7-9, and while there was a whole lot of (justified) consternation about the team’s archaic offensive system during that time, perhaps a bigger issue was the erosion of the Packers’ defense. From both a talent standpoint and in terms of former defensive coordinator Dom Capers’ schemes, Green Bay was just not good enough on that side of the ball.

Two years later, Brian Gutekunst, who replaced Thompson as the Packers’ general manager following the 2017 season, has completely overhauled said defense, making it considerably younger and more athletic, and doing it in a very un-Packers fashion. While some of the pieces brought in by Thompson are still there and will presumably remain so, Gutekunst has spent the past two offseasons loading up on defenders in both free agency and the draft, and he even traded up a couple times to land his preferred player. The result is this:

The 2017 Packers’ defense core of 14 players had an average age of 25.1 years old. The 2019 team’s core will have an average age of 23.6 years old. Mike Daniels, at 29, is now the unit’s oldest player, while there are seven players aged 23 or younger compared to just three in 2017. While Dean Lowry, Kenny Clark and Mike Daniels are still in place up front and Blake Martinez still has a spot in the middle, the rest of the defense has been completely remade on the fly.

Preston Smith and Za’Darius Smith were signed this offseason to big-money deals that will pay them a combined $118 million over four years. Adrian Amos was signed away from the Bears on a four-year, $36 million deal. Last offseason, the Packers landed Jaire Alexander after making two trades in the first round, first moving down the board to pick up an extra first-rounder in this year’s draft and then moving back up to get their man. He was fantastic as a rookie and should be locked in at one corner slot for years to come. Josh Jackson was taken in the second round and Oren Burks in the third, and they should each have sizable roles moving forward as well.

Rashan Gary was the first pick in this year’s draft. The former No. 1 overall recruit is an athletic marvel who will have to put all the tools together to produce at a higher level than he did in college, but the tools are indeed there. Green Bay then used the Saints‘ pick acquired in last year’s trade-down to move up the board once again, landing Darnell Savage to play alongside Amos on the back end.

Couple all of those players with 2017 draft picks Kevin King and Josh Jones, who have each moved into larger roles since their rookie year, and, well, you have a whole new look for the Packers on defense. Charged with making all this talent coalesce is defensive coordinator Mike Pettine, who was hired to replace Capers last offseason. This, too, was an upgrade, as a look at the performance of the coaches’ defenses over the years (as coordinators) would show.

The Packers should enter the 2019 season feeling significantly more confident about the direction of their defense than they had reason to be two years ago. Their secondary is youthful, athletic and versatile. They have a cadre of young, athletic edge rushers who can be used in several different combinations to send pressure at opposing quarterbacks. Their strong defensive line is still in place, and there is enough room on the cap to re-sign the most important pieces to contracts that last several years, if that’s what Gutekunst chooses to do.

This all still has to come together on the field, but it’s difficult not to be impressed with the way the team has overhauled its talent base. Now, though, comes the hard part.