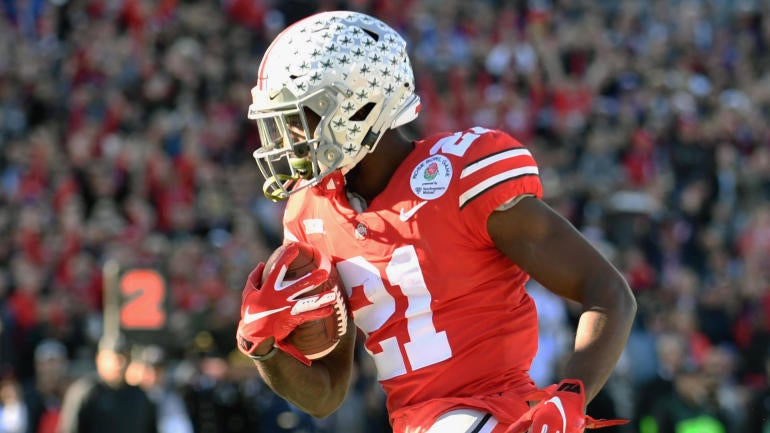 With the no. 59 pick in the 2019 NFL Draft, the Colts selected Parris Campbell, wide receiver out of Ohio State. Campbell plays mostly out of the slot. He runs underneath routes using athleticism and speed to create separation, and once the ball is in his hands he is electric. Rarely runs deep routes but has speed to routinely beat anyone off the line of scrimmage. Blazed a 4.31 40 at the combine.

Pete Prisco: GM Chris Ballard is knocking it out of the park. He is one of my favorite receivers. One of my No. 1 guys in this draft as it relates to outside guys. He can flat out fly. He was misused at Ohio State.

Dave Richard: I love the landing spot for Campbell — I expect the Colts to use him very creatively. This is going to be Andrew Luck’s new slot receiver and a candidate to be a PPR dynamo as soon as 2019. With the Buckeyes, Campbell thrived on short-area routes that highlighted his speed and quickness. He got open on the regular while working near the line of scrimmage. That doesn’t mean he can’t catch deep passes, but the hunch is that most of his work will be within 10 yards of Luck. Fantasy owners should embrace Campbell as a contributor for a long time, especially in leagues where catches count. I’m looking for him with a middle- to late-round pick in PPR leagues, maybe two rounds later in non-PPR. Expect him to go in those spots in dynasty/keeper leagues while being a sure-fire first-round pick in rookie-only drafts.

Chris Trapasso: Like with Patterson, Campbell’s touches have to be manufactured: screens, shallow crosses, reverses, jet sweeps. In that gimmicky role, Campbell can be a game-breaker at the NFL, just like he was at Ohio State. He has incendiary speed and explosiveness but needs to learn the intricacies of running routes and his hands are just average.