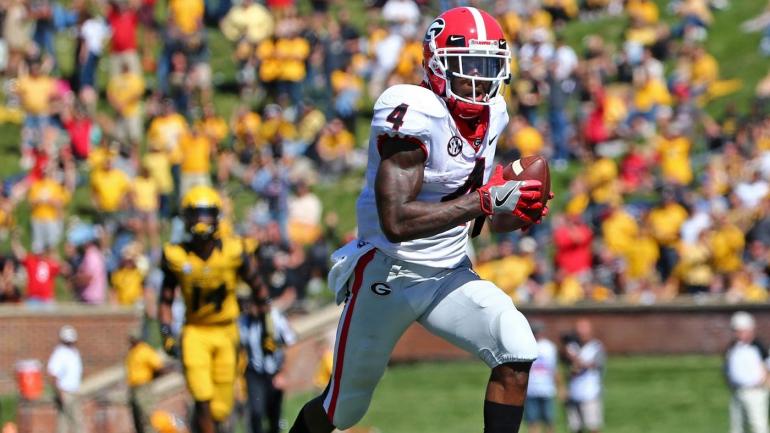 With the No. 56 pick in the 2019 NFL Draft, the Chiefs traded up to select Mecole Hardman, wide receiver out of Georgia. Hardman is a linear rocket with moments that showcase good hands. There’s kick/punt return value with him as well.

The Chiefs sent the Rams No. 61 and No. 167 to move up and select Hardman, who could be a replacement in the offense if the team decides to part ways with Tyreek Hill. You can read more about the issues around Hill’s status with the team here.

Pete Prisco: This is definitely a pick where you say if something happens with Tyreek Hill it’s a ‘B-.’ I think this is a reactionary pick. I think there were better options. Parris Campbell or Riley Ridley would have been better choices.

Dave Richard: Tyreek who? Georgia’s Mecole Hardman is diminutive at 5-foot-10 and 187 pounds and a legit speed demon. His 40 time was 4.33 (third-fastest at the combine) and his film shows he’s a field stretcher and major problem for defenses on screen passes. He can also return punts. And man, did he ever land in the right place at the right time! I might have been more excited for Parris Campbell here for the Chiefs, but Hardman will have a good chance to replace Hill in the Kansas City offense and do much of what he did. This is an example of a draft prospect’s Fantasy stock rising based on where he was drafted and who he’ll catch balls from — if he was picked by the Dolphins or Bengals or Giants, there would be no excitement. Expect Hardman to get snapped up in the late rounds in every single seasonal and long-term draft this summer. He’ll also be in consideration for a top-12 choice in rookie-only drafts.

Chris Trapasso: Hardman has a small frame but can take the lid off any defense and has strong hands near the boundary on downfield tosses, just like Richardson, who’s carved out a decent career in the NFL in the speedster role.