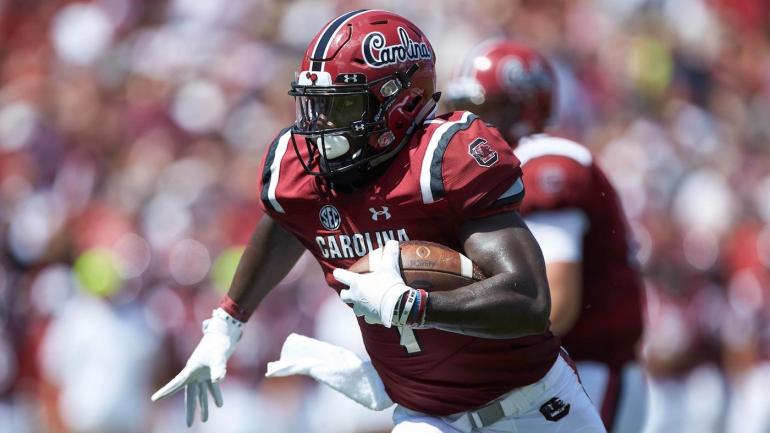 With the No. 36 pick in the 2019 NFL Draft, the 49ers selected Deebo Samuel, wide receiver out of South Carolina. Can be the most dynamic player on the field; Samuel can line up in the backfield, run the jet sweep, line up in the slot or outside and beat a cornerback on a go route. He can also return kicks. A precise route-runner who is a bigger, stronger version of what Brandin Cooks can do. Incredibly tough, he willingly takes on blockers and welcomes contact. Proved speed wasn’t an issue at the Senior Bowl and with a 4.50 40 at the combine.

Pete Prisco: I think there were better options here. I think Parris Campbell or even DK Metcalf would have been a better option. This kid just does not run that well and I’m concerned, he’s only 5-11.

Dave Richard: Samuel is a nice pick for the 49ers. He has a thick-upper body with strong legs that help him accelerate and perform as a solid route-runner. He lined up everywhere and his specialty seemed to be going over the middle. Moreover, he’s a physical receiver who can pick up yards after the catch and help block in the run game. He can also return kicks and play on special teams. I wouldn’t expect Fantasy managers to rush into drafting him right away but he’ll pick up value as a Round 2 pick in rookie-only drafts.

Chris Trapasso: Adams was a super-productive wideout at Fresno State with Derek Carr, landed in the second round of the 2014 draft, and following some early-career flashes in Green Bay, has become one of the finest young targets in football. He can make the spectacular grab in the red zone, repeatedly turns defenders before and after the catch, and can hit some big-gainers thanks to impressive speed. All of the same is true for Samuel, who arguably possesses the best combination of route-running savvy and yards-after-the-catch skills of any wideout in this class. He boasts strong hands too.