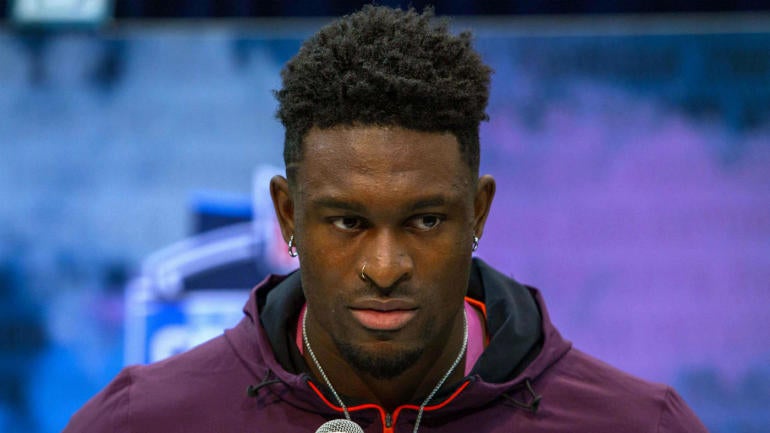 It’s NFL Draft day, which means that months of speculation are about to come to a close and everyone is about to find out that they know nothing. As the Cardinals‘ first overall pick draws ever closer, we’ll finally find out whether they’ll take a defensive lineman, Kyler Murray, or trade out altogether.

This draft is loaded in defensive talent, but one of the other intriguing positions is wide receiver. The top two receivers — D.K. Metcalf and Marquise Brown — present a perfect yin and yang in terms of styles. Metcalf is a big-bodied wideout who will wrestle for catches, and Brown is a speedster who can light up the field when he’s on it.

On Thursday’s “Off the Bench,” Danny Kanell and Raja Bell are live from Nashville ahead of the draft. They’re joined by Metcalf to talk about everything from the viral photo of him that made the rounds ahead of the combine and his combine performance itself. He said that, stylistically, he’s more than just a big guy.

“Go watch my film,” Metcalf said. “I know my shuttle times weren’t great, people say I can only run in a straight line, but Pro Day, during the Combine, I had to run routes. Nobody had anything to say about my curl route, my dig route, or any of that. I’m still getting in and out of my breaks like I’m five-11 so I’m not worried about that.”

Metcalf is undoubtedly a first-round talent, but he added he doesn’t have expectations for the night. After all, anything can happen at the draft.