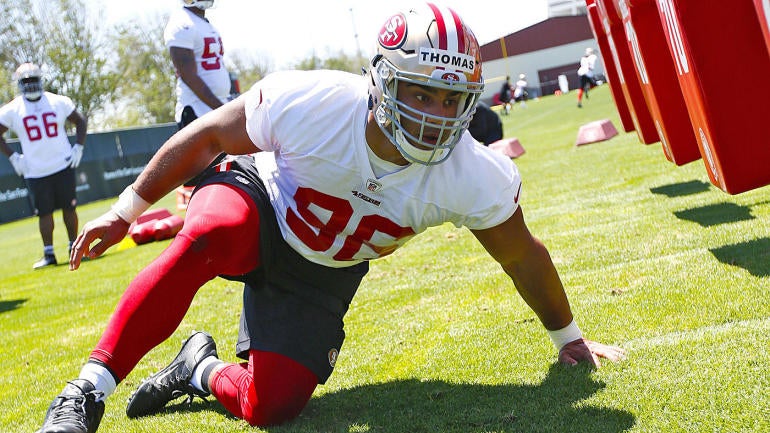 With the first round of the 2019 NFL Draft mere hours away, most of the rumors and attention are focused on the available prospects in this year’s class. But those players will necessarily take the place of others who are already on teams’ rosters, which means some veterans and recently-drafted players could be available this weekend as well.

According to a report from Mike Florio of Pro Football Talk, one of those potentially available players is 49ers defensive lineman Solomon Thomas, who was the No. 3 overall pick in the draft just two years ago. Shortly after Florio, Bleacher Report’s Matt Miller reported the same.

Thomas has played at a few different spots on the line for the 49ers, operating both on the edge and on the interior. He had a solid enough rookie season, recording three sacks, 10 tackles for loss and 11 quarterback hits, but regressed as a sophomore with just one sack, three tackles for loss and six hits, despite playing in all 16 games as opposed to just 14 during his debut year.

The 49ers currently hold the No. 2 pick in the 2019 draft, and as Miller noted, the widespread expectation over the past several weeks has been that they will take Ohio State defensive end Nick Bosa, pairing him with the recently-acquired Dee Ford on the edge, with DeForest Buckner, Arik Armstead, and Thomas rotating through the interior and edge as needed.

Shopping Thomas could mean the 49ers are confident that the Cardinals are taking Kyler Murray at No. 1, or trading the pick to someone else who will do the same. If Bosa instead comes off the board at No. 1, the team would then be in position to take Alabama’s Quinnen Williams and would presumably keep Thomas to play on the outside. If they reach a deal for Thomas before the draft starts, that may be our biggest clue yet that Murray is indeed the No. 1 overall pick, and the Niners believe they are landing Bosa.