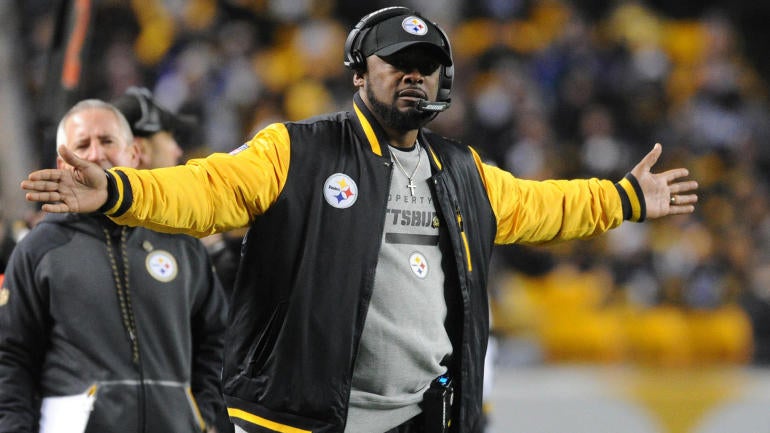 NASHVILLE — If the past 24 hours have been any indication, we can probably safely assume that there’s going to be some serious drama during the first round of the NFL Draft on Thursday.

With just hours to go until the start of the draft, no one seems to have any idea what anyone’s going to do. Basically, there’s likely going to be a lot of surprises in the first round and there’s a chance that one of those surprises could come from the Pittsburgh Steelers.

Although the Steelers almost never trade up in the first round, it seems that’s exactly what they’re thinking about doing this year. According to ESPN.com, the Steelers have been making calls in hopes of making a trade that would move them into the top 10.

The problem for the Steelers is that they currently have the 20th overall pick in the first round and it’s not easy to move up that high without giving up some serious compensation. If the Steelers are planning to do a trade involving draft picks, they’d likely have to give up their second and third-round picks (52nd and 66th overall) to move into the top 10.

So why would the Steelers make a move this big?

The team has a serious need at linebacker and there’s a good chance the draft’s two top players at that position — Devin White and Devin Bush — will be long gone by the time the Steelers would be on the clock with the 20th overall pick. By trading up, the Steelers would have a better chance of nabbing either guy, and they’d also jump in front of the Bengals, who pick 11th and might also be eyeing a linebacker.

If the Steelers do trade up, it would mark the first time since the 2006 draft that they’ve moved up during the first round. As things currently stand, the Steelers’ best trade option is likely with the Lions, who have the eighth overall pick. According to NFL.com, the Jets and the Lions are the two teams in the top 10 that are most actively trying to trade down, but getting a deal down for the Jets’ third overall pick seems like a highly unlikely move for the Steelers, which is why the Lions seem like the best candidate.

One problem the Steelers might have while trying to trade up is that they’re likely going to have some stiff competition, because there are a few other teams who are apparently looking to move up.

According to NFL.com, the Falcons are looking to make a trade to move up from the 14th pick into the top 10. Oh, and let’s not forget about the Redskins, who might be the most unpredictable team in the draft. Washington currently has the 15th overall pick and if reports are true that owner Dan Snyder has taken over the war room, they might be willing to trade everything that’s not nailed in his office to get into the top 10 or even top five. With those two teams picking at 14th and 15th, it will be much easier for them to move up than it would be for the Steelers.

No matter what happens during the draft, we’ll be breaking it down for you during our live draft show that will air Thursday through Saturday. CBS Sports HQ will be coming to you live from the DawgHouse Saloon in Nashville with all the draft coverage you can handle. Make sure to click here once the draft starts so you can catch our live coverage all weekend.

If you need a way to pass the final few hours before the NFL Draft starts, be sure to click here so you can check out the final set of mock drafts that have been produced by our writers here at CBSSports.com.