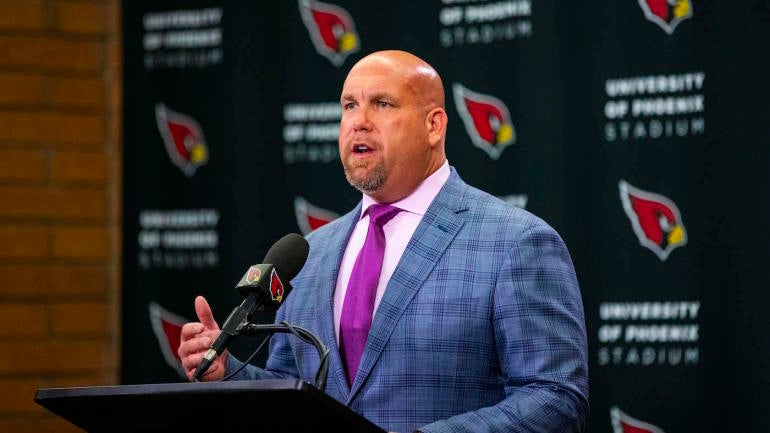 The great unknown of the 2019 NFL Draft is still the No. 1 overall pick, with no one sure what’s going to happen with the Arizona Cardinals and whether they’re going to take Kyler Murray or pull the trigger on one of the defensive players in Nick Bosa or Quinnen Williams.

Mock drafts and insiders alike remain split: our own Pete Prisco is “90 percent” confident it will not be Murray No. 1, but plenty of people have doubled down on the Oklahoma Heisman winner landing with Arizona with the top pick. Prisco also believes the Cardinals internally aren’t sure what direction they’re taking.

According to Mike Silver of NFL Network, the Cardinals have created multiple scenarios that they’ve played out internally and narrowed down the picks to three guys: Murray, Bosa and Williams.

The result of those evaluations, per Silver “puts multiple scenarios in play” heading into the draft. Those scenarios should be pretty obvious; Sean Wagner-McGough broke down almost all of them when he was playing GM for the Cardinals recently.

Either the Cardinals stand pat and take Murray and eventually deal Josh Rosen, they go with one of the defensive players or they trade down.

We all know that. More interesting is Silver’s revelation that he was “told by Cardinals sources that people could be surprised by the outcome” of the top pick.

Williams, I believe, would be a surprise. He’s 4-1 to be the top pick at FanDuel Sportsbook as of Thursday morning, so we’re not talking even the surprise of an eight seed toppling a one seed in the NBA playoffs. Even Bosa is +350, so it’s basically the same level of shock as Williams. Williams is certainly in play — according to a report from Ian Rapoport of NFL Network, Williams was informed by Cardinals GM Steve Keim that he is absolutely in play for the top pick.

Pro Football Talk’s Mike Florio reports that both NFL Network and ESPN reporters have been instructed by the league not to reveal who will be the No. 1 overall pick ahead of the actual selection being made. Obviously the two networks broadcasting the draft need to know, for production purposes, who will go first if the pick has already been decided on. So perhaps there’s plenty of people within those two spheres aware of who will go first overall but unwilling (or unable?) to actually say who it is; those same people could be stirring up intrigue as well for the sake of the broadcast.

This is what makes draft season so weird — it’s impossible to discern the truth from the smoke. One thing is for certain: there should be some kind of surprise coming, and it could easily happen with the first overall pick.