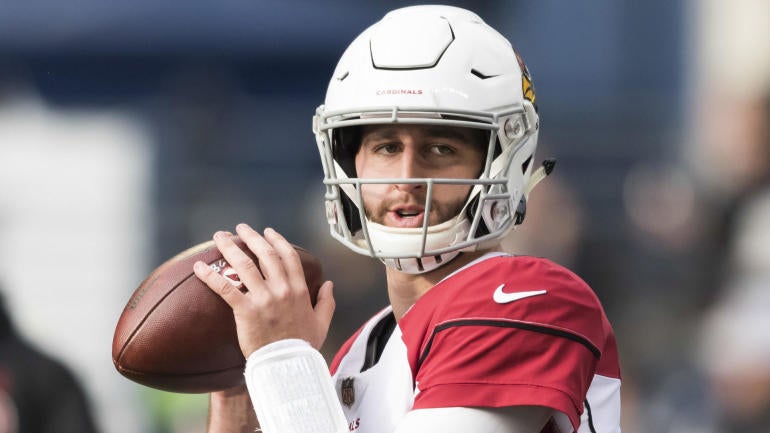 Hours before the Arizona Cardinals decide whether they’ll make Heisman Trophy-winning quarterback Kyler Murray the first pick in the 2019 NFL Draft, it appears at least one team is interested in trading for the Cardinals’ first-round quarterback of a year ago.

According to the Miami Herald’s Armando Salguero, the Miami Dolphins are “very serious about possibly trading for Josh Rosen” in the event the Cardinals hone in on Murray and make 2018’s 10th overall pick available.

“The Dolphins are so serious about this,” Salguero wrote Thursday, “they have talked to the Cardinals about the possibility, according to a club source. It’s unclear how far that conversation went or when it happened, but it demonstrates Miami is indeed interested in a quarterback it was not interested in during last year’s draft — especially not in the first round.”

Salguero speculated that Miami could be more interested now because it has a chance of obtaining Rosen for less than a first-round pick. The Dolphins, of course, signed veteran journeyman Ryan Fitzpatrick this offseason but have a glaring long-term need at the QB position. Some have projected a signal-caller to them at No. 13 in Thursday’s first round of the draft.

Salguero reported earlier this offseason that Miami had essentially embraced a “tanking philosophy” for 2019 — a plan that began with the trade of longtime starter Ryan Tannehill and figured to center on drafting one of the top QB prospects in 2020.

As far as Rosen goes, there have been mixed signals regarding his availability and league-wide interest in the former UCLA standout. The Washington Redskins were once pegged as a potential favorite to land him, but conflicting reports cast doubt on the possibility. A separate report early in the offseason indicated three teams were interested in Rosen — with one apparently offering a second-round pick for him. As of this week, NFL Network says the Cardinals haven’t initiated any trade talks regarding their second-year QB, perhaps because they remain undecided on Murray as the No. 1 pick.