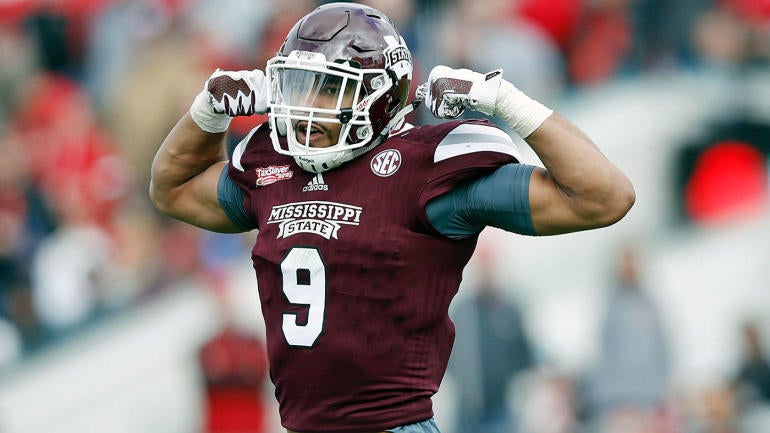 The Redskins didn’t get crazy and trade up for a quarterback during the first round of the NFL Draft on Thursday, but they did end up making a pretty big move.

Once the deal went through, the Redskins proceeded to use the 26th pick on Mississippi State linebacker Montez Sweat, which could end up being one of the biggest steals of the first round. When draft season started, Sweat was viewed as a player who was likely going to go in the top 20, but despite an impressive performance at the combine, his stock took a nosedive after a medical tests revealed that he might have hypertrophic cardiomyopathy, which results in thickening of the heart walls.

Although the news caused him to tumble down most draft boards, Sweat got some good news just hours before the draft. According to NFL.com, Sweat was examined by a Texans team doctor, who told the linebacker that he had been misdiagnosed at the combine and that he was actually perfectly healthy.

CBS Sports senior NFL writer Pete Prisco liked the Redskins’ decision to take Sweat, giving them a ‘B’ for their pick.

The trade between the Redskins and Colts means Washington won’t be picking again until the third round on Friday. The Redskins will have two Day 2 selections coming at 76th overall and 96th overall.

As for the Colts, they’re scheduled to have two of the first 14 picks on Friday. The Colts’ second-round picks include the 34th overall pick and the 46th overall pick that they acquired from the Redskins.