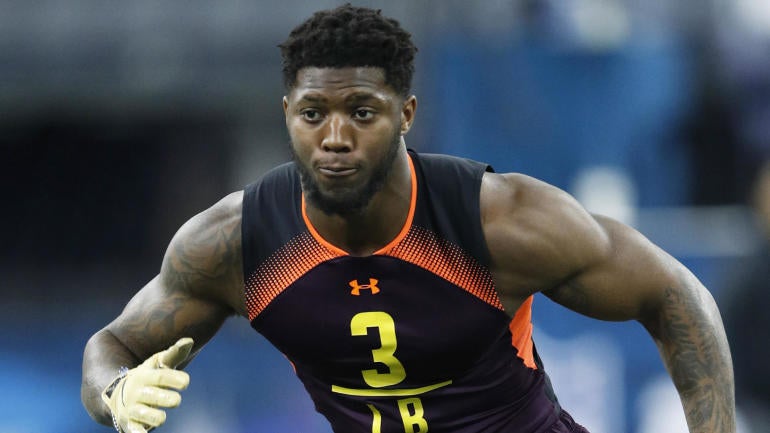 The 2019 NFL Draft is here, and with the advent of legal sports betting in the United States, there has been a proliferation of prop bets throughout sportsbooks in the country.

The draft is a total crapshoot — even those with the most inside info can only guarantee so much given how things play out in the random nature of the draft. Even people in the Cardinals front office supposedly don’t know who the team is taking with the first overall pick this year, and they’re essentially on the clock right now.

But there’s some value out there in terms of what might happen and being able to put money on certain situations unfolding. It’s a fluid situation and it’s fascinating to watch the odds move throughout the day in real time as rumors spread like wildfire and smokescreens pop up more frequently than that plot-line ruining monster in “Lost.”

Let’s try and find some winners for Thursday night’s first round (make sure and check us out doing the Pick Six Preview Show on CBS Sports HQ from 7 p.m. ET to 8 p.m. ET and stick around for us breaking down the draft live throughout the show from Nashville).

This prop comes via FanDuel out of New Jersey, and Giants fans would MUCH prefer my scenario, where a stud defensive player goes to New York, instead of the favorite in this position (Daniel Jones +200). Given how I believe the first five picks will go, I think the Giants will be faced with a choice of either of these two guys, or maybe just one of these guys. A team trading up to grab Dwayne Haskins wouldn’t even kill this pick, unless three teams passed on Ed Oliver and took Allen and White instead.

I interviewed White before the draft and certainly believe he could be in play for the Giants at six. Allen would be a dream scenario for Dave Gettleman, who needs pass rush help. Unless Kyler Murray falls out of the top five, the Giants should end up with the choice to take one of these guys. An offensive lineman would be a nightmare, but splash some on each player and profit.

SportsLine’s No. 1 NFL expert R.J. White also shared his NFL Draft best bets. You can check those out over at SportsLine.

Pretty simple bet with pretty simple juice from Points Bet here. And, frankly, it’s priced wrong. You’re basically betting on whether or not Dexter Lawrence will be a first-round pick. (Over at FanDuel Lawrence is -186 to be a first-round pick; FanDuel also has over on Clemson players at -122, so that makes no sense either.) There’s no doubt in my mind that Christian Wilkins and Clelin Ferrell will go in the first round.

Lawrence could fall, maybe even out of the first round, because a lot of people believe he is closer to a two-down defensive tackle who mostly stops the run. Whatever. This is a 21-year-old MONSTER of a man who can fill up the middle of a defensive line and wreck havoc on opposing offensive lines. He’s going to be a first-round pick. He’s too good not to be. And there are a lot of teams late who make sense for him: the Giants at 17, the Seahawks at 21, the Raiders at 24, the Eagles at 25, Colts at 26 and the Chiefs at 29. I don’t think Bill Belichick at No. 32 would let Lawrence out of the first round. He’s in the Patriots wheelhouse. I would uncork on this one.

This is admittedly kind of a big flier over at FanDuel. Everything you hear is that Marquise Brown is likely going to be the first wide receiver off the board. His medical rechecks from the combine reportedly went well. He’s only -135 on FanDuel, but that’s probably right about where he should be, as opposed to being a nice value. If you can still find Brown at plus money — and it might be available, ahem, elsewhere — you should take that too. He can return really nice value.

But as far as a longer shot to bring back a big payday, I like Campbell. He’s a complete wide receiver with afterburners who might not have really done everything he’s capable of doing in Ohio State’s offense. It’s possible, maybe even likely we don’t see any wide receivers drafted before the 20-ish range on Thursday night, which means anyone of the top guys should be in play for the first one off the board (this could even end up being a Friday prop). Campbell has the upside to be WR1 but he’s off the radar of Vegas right now.

There’s been some STEAM of sorts on Thursday for the Temple product. He was upwards of +900 on the morning of the draft and now he’s just over 2.5-to-1. That’s obviously not anywhere close to the same value, but I think there’s starting to be a very good chance he’s the first corner off the board. Greedy Williams could beat him and Byron Murphy is in play for plenty of people later in the first round, but people are honing in on Ya-Sin going to the Steelers in the 20 range. If they move up for a linebacker it could change things, but I like Ya-Sin coming off the board first at this position.

Jacobs is going to be the first running back drafted. There’s little doubt about that. The question is does he go in the first round? I say yes, almost certainly. The next question is will he last until the Raiders third pick of the draft (No. 27)? I say no. Jacobs is high on a lot of boards and it’s only positional versatility that’s keeping him from going higher. I think the Colts or Raiders (at No. 24) or Eagles are likely to end up with Jacobs instead. I’ll gamble that he doesn’t last until No. 27 with the plus money.