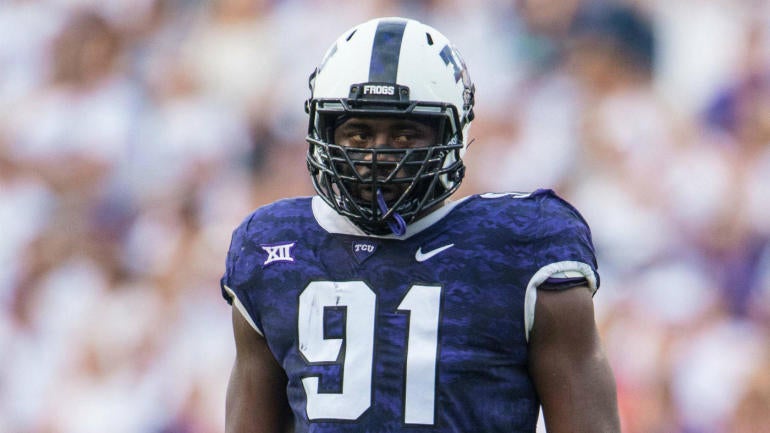 With the No. 29 pick in the 2019 NFL Draft, the Seahawks selected L.J. Collier, edge rusher out of TCU. Collier isn’t a pure pass rusher but his strength allows him to set the edge in the run game, and he can hold the point of attack at the line of scrimmage. He’s not a quick-twitch athlete but does the dirty work in the trenches and has a non-stop motor. Can carve out a niche in that role at the next level. Shows ability to scrape down LOS through trash to make plays.

Dave Richard: L.J. Collier is the kind of pick I’d expect the Seahawks to make. He has the size and length to be an impact pass rusher but needs the coaching. What he doesn’t need much coaching on, however, is his run defense. He’s a nasty, physical run stuffer who can control the edge. I’m not a fan of his for IDP leagues but he’ll give the Seahawks some pass rush hope. I’m not quite ready to call the Seahawks a DST a must-draft, either.

Chris Trapasso: Like Bennett, who famously wasn’t invited to the combine and had a poor pro day, Collier didn’t dazzle with timed and measured athleticism, but he’s a versatile, hand-work master who can win anywhere up front along the defensive line. He has low center of gravity to drive tackles backward and can use a nasty swim move to out-quick guards on the inside