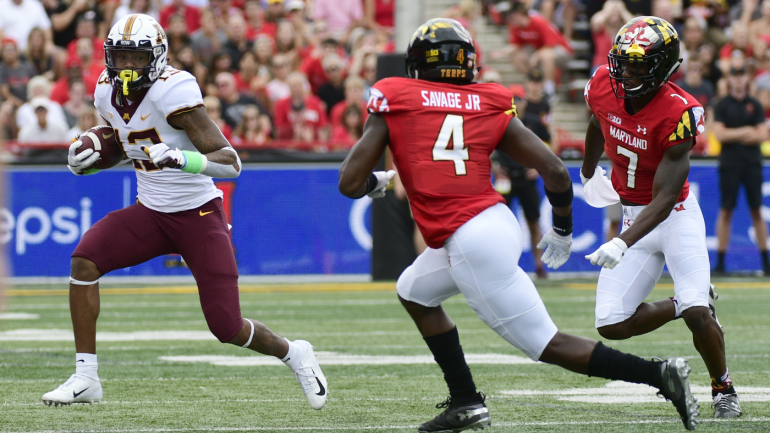 With the No. 21 pick in the 2019 NFL Draft, the Packers traded up to select Darnell Savage Jr., safety out of Maryland. Savage can play deep safety, nickel backer or line up in the slot. He explodes downhill and his speed allows him to disguise coverages until last moment. He is a good tackler but can sometimes be out of control when trying to make plays near the line of scrimmage. Can sometimes be fooled in coverage but has the athleticism and speed to make up for most mistakes, and he’ll only get better with experience.

Pete Prisco: The Green Bay Packers had all kinds of issues at safety last year. They signed Adrian Amos and he’s a thumper and doesn’t cover as much ground as Savage. This kid covers a lot of ground. The defense under Mike Pettine is going to be nasty this year.

Dave Richard: Darnell Savage was the fastest-rising prospect coming into the week, going from a second-round type player to, well, a top-20-ish talent. The Packers moved up to get him and will probably find a way to get him on the field for Week 1. Aggressive and athletic, Savage is a bit undersized to play safety but works as a nickel corner and might even be a startable outside corner. The flexibility will come in handy for the Packers. I like his style but don’t see him as a legit IDP option right away. Like Gary, the pick doesn’t do a whole lot to make the Packers DST any better than a one-week streamer against the Bears to begin the season.

Sanders’ stellar career was cut short due to a glut of injuries, and watching Savage, the short, compact lightning bolt of a hit instantly gave me Sanders flashbacks. There are some bad whiffs on film, but Savage’s range is ridiculous, and he’s quick to recognize where the ball is headed.