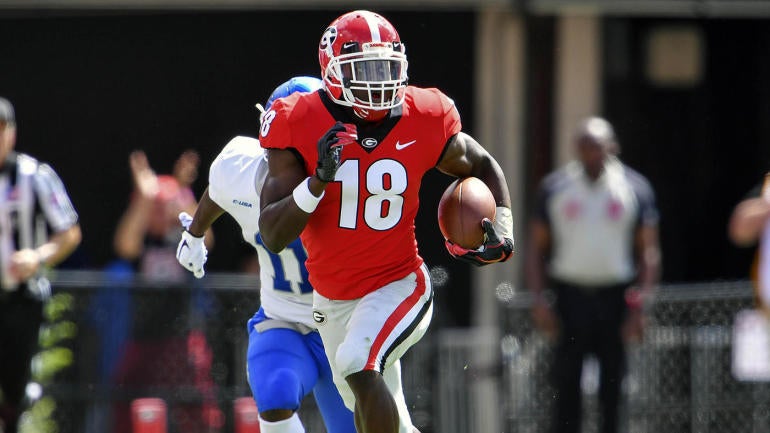 With the No. 30 pick in the 2019 NFL Draft, the Giants traded up to select Deandre Baker, cornerback out of Georgia. Has very little bad tape playing in the SEC against some of the best wide receivers in the country. The big issue is his size — he’s 5-foot-11, 185 pounds — though he plays much bigger than that.

Dave Richard: This is probably my favorite Giants pick of the night. Deandre Baker has the makings of a starting cornerback who will play physical and has just enough speed to contend with downfield threats. Some might say he’s a little too aggressive. The Giants can start him as a part-time corner and develop him into a starter. I don’t see him being a strong IDP player — maybe worth a late-rounder in the years to come. His arrival isn’t expected to impact the Giants DST.

Chris Trapasso: Like White, Baker isn’t a size/speed/athleticism specimen. And he isn’t a big outside cornerback at 5-foot-11 and 193 pounds. Also like White, Baker simply does everything you ask of him as a corner. Play press man and battle with a bigger receiver? Sure thing. Sit in zone and spring forward to make plays on the football on comebacks and in-breaking routes? No problem. Both White and Baker were super productive with pass breakups and interceptions in the SEC and are as savvy as it comes with their mirroring abilities.