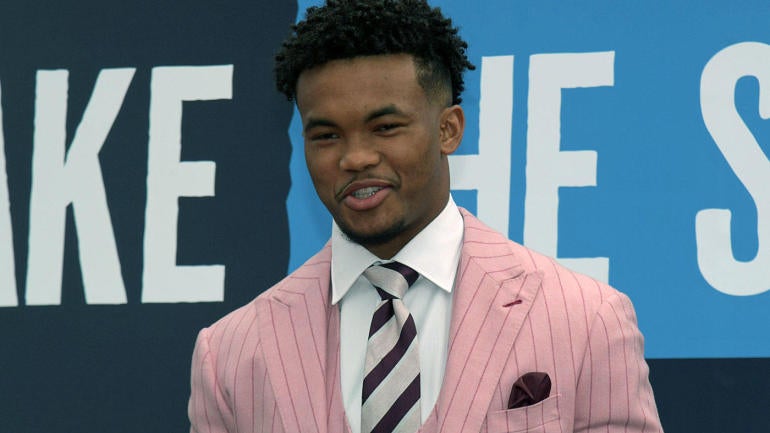 The 2019 NFL Draft finally got underway on Thursday night, and it was certainly a night to remember for several fan bases. Round 1 began with the Cardinals finally answering the biggest mystery of the offseason by selecting Kyler Murray, which means Josh Rosen should be on the move at some point soon. More notable early selections included the Raiders taking edge rusher Clelin Ferrell at No. 4 and the Giants selecting quarterback Daniel Jones at No. 6, both of which can be best described as reaches given where those two players were expected to be picked.

Want to get picks, analysis, grades and everything you need to know on Friday and Saturday as the draft continues to unfold? Be sure to check out our live coverage of the draft streaming here on CBS Sports HQ and at the top of this story starting at 6 p.m. ET. You can also download the CBS Sports app for free on any mobile or connected TV device. Visit our Draft Tracker to get all the info you need to know pick by pick from Round 1. Or you can keep reading for a summary of the action, then check out our live blog at the bottom of this post to relive all the action.

Senior NFL writer Pete Prisco provided his grades and analysis on every first-round pick, and it’s fair to say some teams made outstanding picks while others fell flat. Prisco only handed out one A+ on the night, and that went to … the Dolphins! Here’s what he wrote about their selection of Christian Wilkins at No. 13.

This is my favorite pick of the entire draft so far. Love this pick. I think this kid is going to be a star. I was all over Grady Jarrett when he was picked and I think Wilkins could be even better. This is a good building block for Brian Flores and his staff.

You can probably guess which team got the worst grade of the night. Here’s what Prisco had to say about the Giants reaching for a new quarterback by taking Daniel Jones at No. 6:

I wanted to give this pick an ‘F.’ I like Daniel Jones, but I just don’t like him in this spot. They must have gotten intelligence that another team was going to take him before 17. I like him, but not at No. 6. It’s a strange pick this early.

You can check out all 32 of his first-round grades right here.

Takeaways from the night

If you don’t want to wade through all the tweets in the live blog below, hop on over to draft analyst Chris Trapasso’s takeaways post from Round 1, where he gave his instant analysis on each selection as it happened.

While many thought the pick of Clelin Ferrell at No. 4 was a reach, Trapasso told Raiders fans not to worry:

We should’ve seen it coming, the first major surprise of the night came via Jon Gruden and Mike Mayock. I like Clelin Ferrell. I really do. Had him in the middle of the first round of my Big Board. Ahead of Josh Allen from Kentucky. Ahead of Brian Burns from Florida State.

Why? Because Ferrell can beat you in many ways. That’s huge once you get to the NFL level. Allen’s pass-rushing moves are lacking. Burns needs to add weight and strength.

Ferrell has legit NFL defensive end size and multiple high-level production seasons at a major program. He has long arms he uses well on every rush, is a stellar edge-setter against the run, and really started to show an advanced arsenal of pass-rushing moves in his final season at Clemson. My comparison for him is Chandler Jones.

As my No. 3 pure edge rusher in this class, I don’t think this is too early, except if the Raiders would’ve been able to draft Ferrell at No. 24 overall, and there’s no guarantees there.

Be sure to click the link above to get breakdowns of every single Round 1 pick.

There’s a strong group of wide receivers (highlighted by A.J. Brown), defensive backs, offensive linemen and even a quarterback in Drew Lock that was expected to be taken in the first round. Check out Chris Trapasso’s list of the 25 best available players for Day 2.

Stay tuned to CBSSports.com where we’ll have a mock for Rounds 2 and 3, bold predictions for Day 2, and plenty more breaking down the draft.