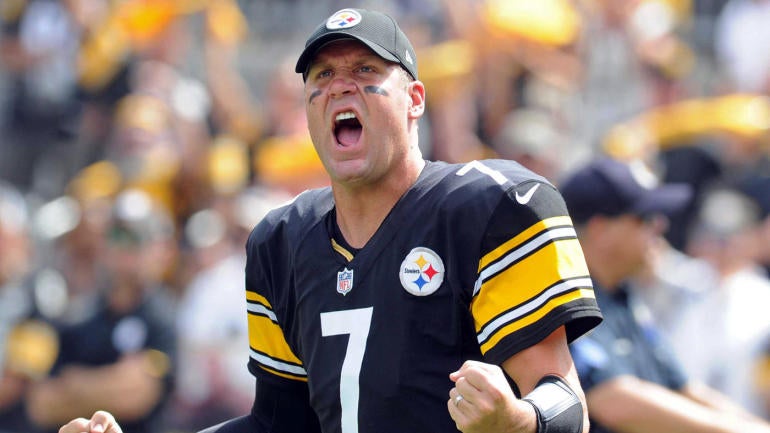 Le’Veon Bell and Antonio Brown may be long gone, but Ben Roethlisberger is in Pittsburgh to stay.

Months after initial suggestions of a new deal between the Steelers and their longtime quarterback, both sides have agreed to a two-year extension that will keep Roethlisberger in black and gold through 2021, the team announced Wednesday.

Contract talks heated up this week, with Gerry Dulac of the Pittsburgh Post-Gazette suggesting the Steelers wanted to finalize an agreement before the 2019 NFL Draft, which starts Thursday. And now, as first reported by Dulac and confirmed by CBS Sports NFL insider Jason La Canfora, Roethlisberger has been locked up for two additional years — on top of the one season he had left on his old contract.

“I am grateful to the Rooneys and the Steelers organization for continuing to believe in me,” Roethlisberger said through a Steelers release. “It has always been a goal to play my entire career in Pittsburgh. This is home for me and my family, and we love this city. I am as excited to be a Steeler in year 16 as I was when they drafted me. They will get my absolute best.”

A six-time Pro Bowler and two-time Super Bowl champion, the 37-year-old Roethlisberger’s last deal with Pittsburgh came in 2015, when he landed a four-year, $87.4 million extension averaging $21.85 million per season. Before that, Big Ben signed a six-year, $87.9 million extension in 2008, restructuring his salary on several occasions throughout the life of that contract.

Per La Canfora, Roethlisberger’s new two-year extension “will keep him among the game’s higher-paid QBs but is obviously not going to reach the plateaus” of the recent Aaron Rodgers and Russell Wilson deals, which pay out an average of more than $30 million per year.

Drafted 11th overall by the Steelers in 2001, Roethlisberger has not been back to a Super Bowl since falling to Rodgers and the Green Bay Packers in 2010, but he’s consistently been among the NFL’s top passers throughout his 15-year career. In 2018, he led the league in passing yards for the second time in his career and fired a career-best 34 touchdowns.