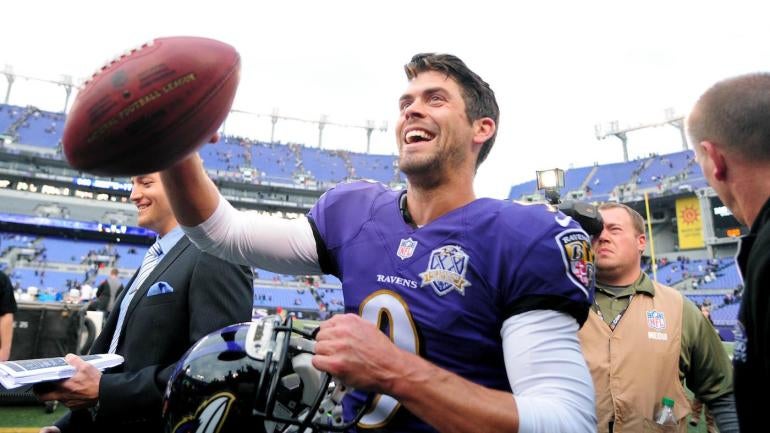 The most accurate kicker in NFL history is reportedly about to become the most compensated kicker in NFL history. As ESPN’s Jamison Henley and Adam Schefter said Wednesday, the Baltimore Ravens are finalizing a four-year, $20 million extension with Justin Tucker that will make the two-time Pro Bowler the highest paid at his position.

Per NFL Network’s Ian Rapoport, the extension, coupled with the one season remaining on Tucker’s previous deal, will pay out $23.05 million over five years.

A three-time All-Pro out of the University of Texas, Tucker has made a name for himself not only as one of the NFL‘s most consistent kickers but as one of the Ravens’ best players since joining the team in 2012. A rookie standout during Baltimore’s Super Bowl XLVII run, he has only gotten better since, posting single-season field goal percentages of 91.9, 92.7 and 97.4, and twice leading the NFL in field goals made — all while posting the best career FG percentage (90.1) in league history.

Tucker last signed a new contract with the Ravens in 2016, when his four-year, $16.8 million extension broke a record for most guaranteed money given to a kicker. This time around, $12.5 million of his deal is reportedly fully guaranteed, and his average annual salary tops the $4.9 million the next highest-paid kicker, Robbie Gould, would make under the San Francisco 49ers‘ franchise tag.

The 29-year-old Tucker appeared in all 16 games for Baltimore in 2018, the seventh straight season he’s done so. While his field-goal percentage was slightly down (89.7), he also made his most FGs in two years, converting 35 of 39 tries.