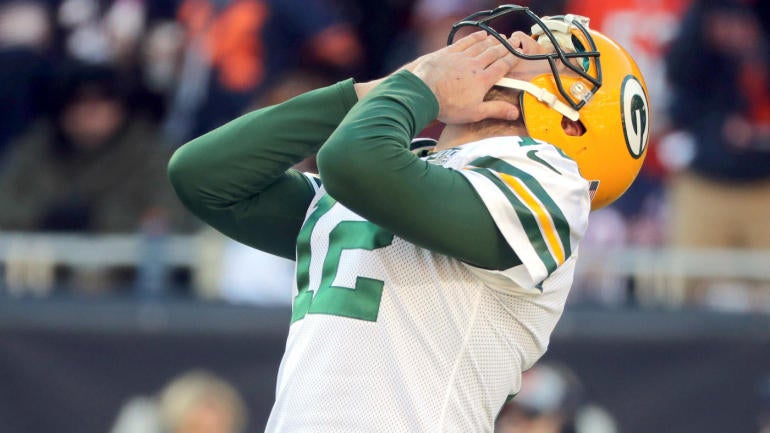 It’s typical to think of the Green Bay Packers as perennial playoff contenders out of the NFC North. After all, they cracked the postseason eight straight years from 2009-16 and made it 13 out of 16 seasons starting in 2001. But the last two years has been a different story, with Mike McCarthy guiding the Pack to a 13-18 finish from 2017-18, his final seasons patrolling the sidelines at Lambeau Field.

Now with a rookie head coach in town, quarterback Aaron Rodgers amid a controversial offseason by his standards and the Packers desperate to regain their status as a contender, is it fair to say Green Bay is one of the most interesting teams set to rebuild its core during this week’s 2019 NFL Draft?

On Wednesday’s Pick Six Podcast, host Will Brinson went even further than that.

“There’s no more pressured team heading into this draft than the Green Bay Packers,” he said.

Among Brinson’s reasons: Rodgers’ relationship with new talent on the field and sidelines, coach Matt LaFleur’s new system, a dearth of long-term defensive pieces and an even bigger dearth of current offensive talent.

“I think you could argue they need offensive weapons more than they need defensive players,” he said.

CBS Sports draft analyst Ryan Wilson also highlighted the Pittsburgh Steelers as one of the teams to watch in this week’s draft, not only because of the post-Le’Veon Bell and Antonio Brown offensive strategy but because of the Steelers’ interest in finding a true replacement for Ryan Shazier at linebacker.

Catch the entire podcast — and subscribe — for even more on the 2019 NFL Draft, plus all the latest happenings around the league: