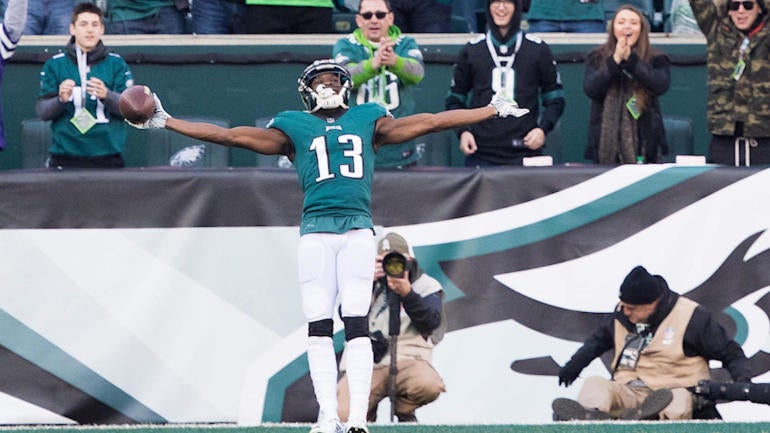 Eagles receiver Nelson Agholor has spent his entire career in Philadelphia, but it appears there’s a chance he might not be around much longer.

The bad news for Agholor is that the Eagles haven’t really tried to hide the fact that they’re interested in drafting a receiver. Of the 30 draft visits that each team is allowed to have with this year’s prospects, the Eagles used seven of those to bring in a wide receiver.

One other reason the Eagles might be looking to dump Agholor is due to his contract. The receiver is headed into the final year of his rookie deal, which is schedule to pay him $9.4 million in 2019. When you consider the fact that the Eagles just gave DeSean Jackson a new deal, that’s a lot of money to have locked up at one position.

As long as teams aren’t scared away by his salary, the Eagles should be able to find a trade partner for Agholor, who’s put up some decent numbers in his four-year career. The former first-round pick, who was selected 20th overall in 2015, finished third on the team last season with 736 receiving yards. Agholor also had a big season in 2017, when he finished second on the team with eight touchdown catches in a year where Philly went on to win the Super Bowl.