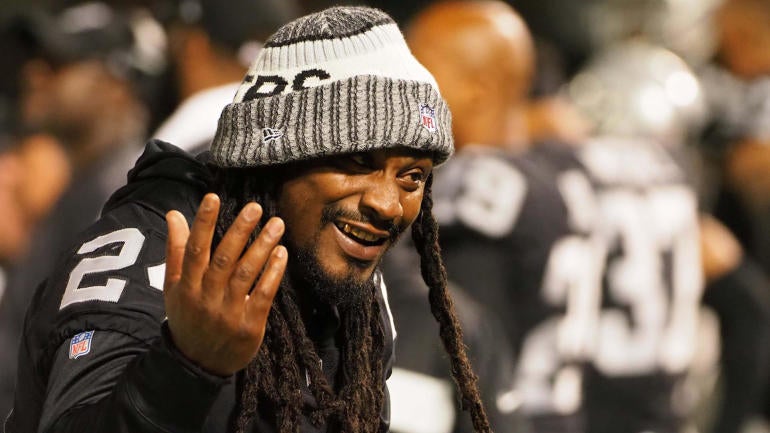 If Marshawn Lynch is actually planning to retire, it appears that he hasn’t told his mom yet.

Lynch’s mom, Delisa, is an avid user of Twitter, and based on a tweet she sent out on Wednesday, it seems that she’s not entirely convinced that her son is going to retire. Before we get to Delisa’s tweet though, let’s go back to that retirement report.

The first word that Lynch was planning to hang up his cleats for good came from ESPN’s Adam Schefter, who sent out a very carefully worded tweet.

For one, he said Lynch was not “planning” to play football again, which definitely leaves some wiggle room. Not to mention, Schefter never actually used the word retirement, which was probably the safe thing to do considering that Lynch has already retired once in his career, only to unretire a year later.

A few hours after Schefter’s tweet came a tweet from Vic Tafur, who covers the Raiders for The Athletic and didn’t seem too convinced that Lynch was going to call it quits:

After Tafur sent out his tweet, that’s when Lynch’s mom chimed in. In her tweet, Delisa agreed with everything that Tafur wrote.

Basically, it seems that Delisa wants to hear it from her own son’s mouth before she actually believes that he’s going to retire.

If the Raiders do draft a running back during an earlier round this week, that probably means Lynch is definitely done, and drafting a running back seems to be the plan for Oakland.

On the other hand, Raiders general manager Mike Mayock said in March that the team would talk about Lynch’s future after the draft, which could possibly leave the door slightly open for a return. Lynch could also suddenly decide that he wants to win another Super Bowl ring, which could make him open to signing with a team that’s not the Raiders.

The bottom line is that Lynch is unpredictable and if his mom isn’t entirely convinced he’s retired, then he might not be retired just yet. Of course, if he is retiring, the timing makes sense: His first retirement came during a huge event on the NFL calendar (Super Bowl 50) and this “retirement” is coming two days after his 33rd birthday and just one day before the 2019 NFL Draft.