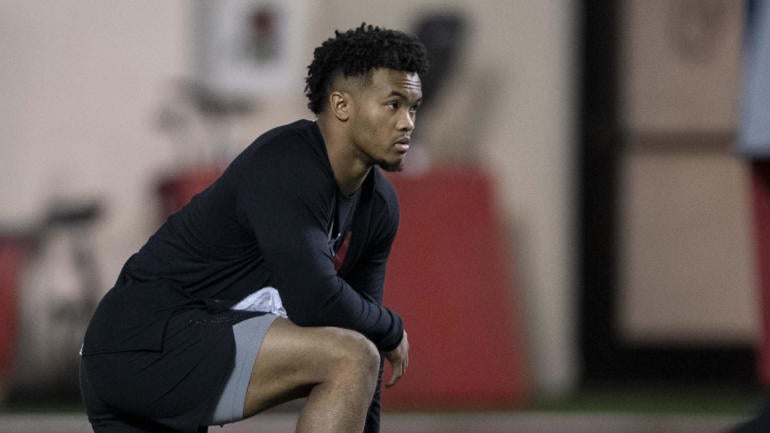 NASHVILLE — With less than 24 hours to go until the start of the 2019 NFL Draft, Kyler Murray is already making headlines, but probably not for the reasons he was hoping.

First, the former Oklahoma quarterback was scheduled to be at a charity event on Wednesday, but he ended up being a no-show. Although Murray missed the morning event because he didn’t arrive in Nashville until just after 1 p.m. CT, a report from the Arizona Republic painted a more unflattering picture. According to the Republic, the reason Murray didn’t show up at the charity event is simply because he “had other places to be.”

If the Republic’s report is accurate, it’s not a great look for Murray. Skipping out on a charity event is never ideal, but doing it one day before you’re potentially going to be the No. 1 overall pick in the NFL Draft is even worse.

Speaking of being the No. 1 pick, it seems that oddsmakers are starting to feel that Murray might not get drafted in the top spot on Thursday. Although Murray seemed like a lock to go No. 1 just 24 hours ago, his odds have taken a tumble at various sportsbooks around the country.

There’s so much mystery surrounding the first pick that the Westgate SuperBook in Las Vegas has actually take the bet off its board. Back in March,  Murray was listed as the -140 favorite to be taken with the top pick. Those odds jumped to -2500 in April before the SuperBook decided to pull the bet.

Basically, no one seems to know what’s going to happen with the top pick, which is exactly what the Cardinals want.

If you’re wondering where Murray might end up, make sure to click here so you check out all of our mock drafts here at CBSSports.com. With roughly 24 hours to go until the first pick is announced, four of our six writer are predicting the Murray goes to the Cardinals with the top pick. Two of our other writers have Murray ending up somewhere else, and to find out where, you’ll have to check out their mocks.