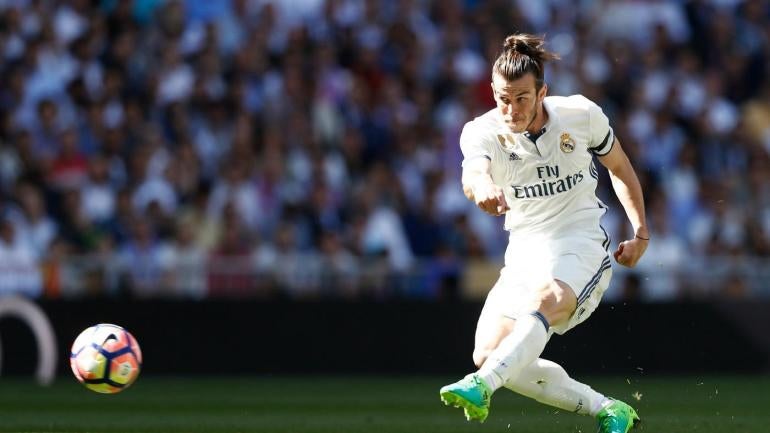 Things have gone well for Gareth Bale at Real Madrid when you consider he’s won four Champions League titles there, but he’s hardly been the focal point or the star for Los Blancos. Combine that with his injury history, and it could result in him leaving the club in the summer. Real Madrid coach Zinedine Zidane hasn’t ruled out the possibility that Bale could leave. Zidane was asked this week if Bale would have to leave for a player like Eden Hazard to arrive, and he said no.

“But we are 25 players, so if you buy players, some might leave,” he said, according to ESPN. “That is normal in a squad. There will be changes, but that happens in all teams.”

The report also says that Bale’s agent, Jonathan Barnett, has said that nothing has changed for the player, who is under contract until 2022. But Manchester United isn’t planning on targeting him, according to the report.

Bale would likely cost over $100 million in a transfer, or Real Madrid could look to loan him with an obligatory buy option like the team did with James Rodriguez and Bayern Munich.

Real Madrid plays Getafe on Thursday, which you can see on fuboTV (Try for free). Bale has 102 goals in is career for Real but his 14 this season is his lowest mark for the club outside of an injury-filled 2016-17 season.

If he does leave, teams like Bayern Munich, Juventus and Inter Milan all make sense, while you also can’t count out teams like PSG or maybe his former club, Tottenham. Manchester United had been the team most linked to him for years, but now it looks like that probably won’t happen.

Bale was part of the Wales team at Euro 2016 that made it all the way to the semifinals.