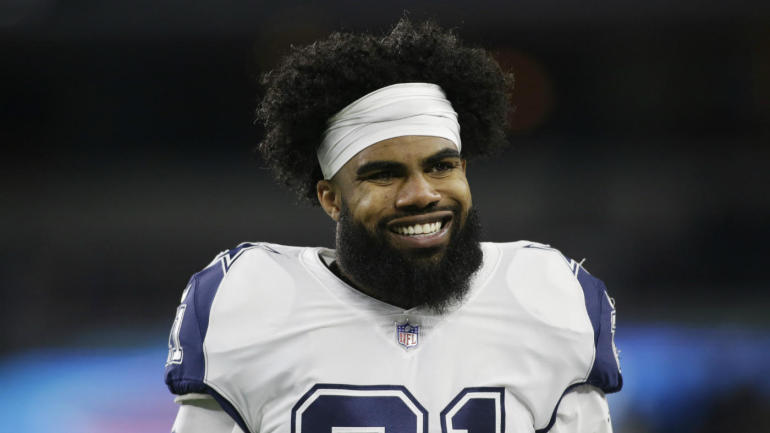 The next time Ezekiel Elliott posts a picture to Instagram, he’s probably going to make sure to get his best angle, and that’s because Cowboys fans kind of freaked out this week after he posted a picture that seemingly showed that he had gained some serious weight this offseason.

The Cowboys running back was hanging out with Von Miller over the weekend, and at some point, he decided to take a picture with the Broncos linebacker and post it to Instagram.

Like most celebrity photos on Instagram, the comments section immediately went off the rails after the picture was posted. In this case, fans were absolutely convinced that Elliott had gained a lot of weight this offseason.

“Looking like a thicker version of Kamara,” wrote one commenter.

“Bro what you been eating?” wrote another commenter.

I could keep posting comments, but I think you get the point.

Elliott clearly read a few of those Instagram comments, because the Cowboys running back made a video this week that showed him stepping on a scale.

On the Cowboys roster, Elliott’s official playing weight is listed as 228, which means he’s exactly 2.05 pound over that. That’s basically water weight to an NFL player. Elliott could probably lose those two pounds in about five minutes of working out.

The good news in all of this for Cowboys fans is that it seems the only time Zeke loves to be fed is on the football field.