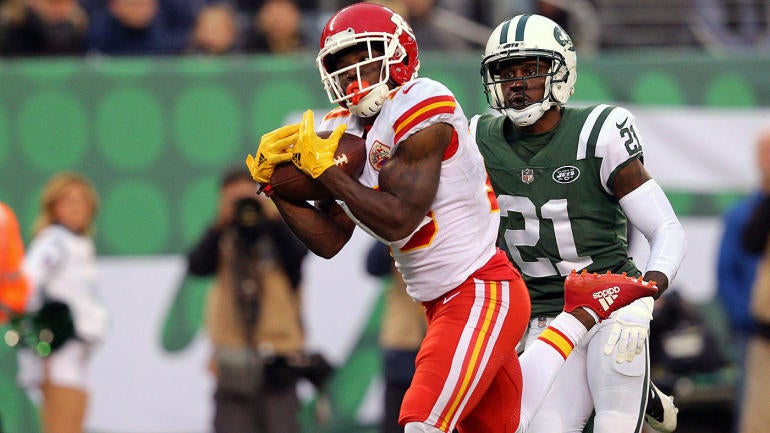 Chiefs wide receiver Tyreek Hill will not be facing any charges following a lengthy investigation by police that started in March after authorities were called to his residence over a child abuse complaint against his son.

Although Hill is off the hook legally, Johnson County District Attorney Stephen Howe made it clear that his office was absolutely convinced that a crime did occur at Hill’s house.

“This office has reviewed all the evidence and has declined to file charges against Tyreek Hill and Crystal Espinal,” Howe said. “We are deeply troubled by the situation. We believe a crime has occurred; however, the evidence in this case doesn’t establish who committed a crime.”

As Howe noted, the reason that there haven’t been any charges filed is because authorities simply don’t know who committed the crime: Hill or his fiancee, Espinal.

Howe was asked several follow-up questions about the case, but couldn’t divulge too many details due to the fact that the investigation involved a minor. One thing Howe did say is that charges could possibly be filed down the road if authorities get their hands on any new evidence.

Although the criminal portion of the case is now complete, child protective services is still investigating.

“There is an ongoing child protection investigation and when those cases go forward, we are very limited as far as what we can divulge,” Howe said.

One thing that’s not clear is whether or not Hill’s son is still living with him. During his press conference, Howe said the boy was safe, but wouldn’t reveal whether or not he was living at home.

Hill had been under investigation since early March, and the update by Howe on Wednesday was the first time since March 15 that authorities offered any kind of update on the case.

The fact that police believe a crime occurred could put the Chiefs in an awkward situation going forward. The Chiefs released Kareem Hunt over a video that showed him shoving a woman, even though Hunt wasn’t charged with a crime.

Although he’s off the hook from a legal standpoint, Hill could still face punishment from the NFL. According to NFL.com, the league was waiting for authorities to complete their investigation before they decided whether or not to levy a punishment against Hill. With Hill not being charged, and the DA not offering any details on the case, the league could have some trouble finding out what exactly happened. Howe revealed during his press conference that he still hasn’t spoken to the league.

One thing that could work against Hill during the NFL’s investigation is that this wasn’t the first time that he’s been under investigation for assault. Following the 2016 NFL Draft, the Chiefs faced some backlash for selecting Hill, who pleaded guilty to abusing and strangling Espinal while the two were in college. Espinal was pregnant at the time of the assault.

After he was drafted in April 2016, Hill said he understood why some fans might dislike him.

Following the incident with Espinal, Hill went to therapy and went to counseling for anger management. Hill eventually had the domestic assault conviction dismissed and expunged after he completed the probation requirements in August 2018.