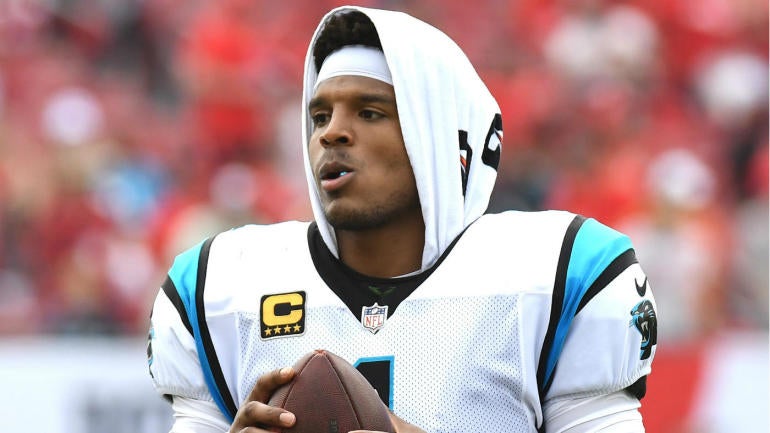 The Rams gave Bradford a six-year contract worth a maximum of $86 million containing a then-NFL-record $50 million in guaranteed money. Bradford made slightly over $78 million during the six years of his rookie deal, although he missed a season and half worth of games because of two ACL tears in his left knee.

Newton signed a fully guaranteed four-year, $22,025,498 deal, which included a $14,518,544 signing bonus. Potentially making slightly under $37 million over five years with the inclusion of the fifth year option teams have for first-round picks was a far cry from the deal Newton likely would have signed if the system hadn’t changed.

The NFL and NFLPA met earlier this month in Minneapolis to have preliminary discussions about a new CBA. The current labor agreement is set to expire after the 2020 season. Modifying the rookie compensation system may be an area where the players union can exact some concessions from the owners. Quite frankly, the rookie wage scale in its current form is an overcorrection to how incoming players were previously compensated. Before making suggestions to improve the rookie compensation system, problems with the old method will be highlighted and the mechanics of the rookie wage scale will be explained.

Before the rookie wage scale

Prior to the 2011 CBA putting the rookie wage scale in place, the old system of compensating rookies limited the amount of money teams could spend on draft picks and undrafted rookies collectively. There wasn’t an absolute ceiling on rookie contracts or specific financial guidelines for each draft pick, like in the current system.

Early first-round picks exploited the system primarily with salary escalators and not likely to be earned incentives which created lucrative base values for their deals. Additional money could also be earned with extraordinary achievements (All-NFL or Pro Bowl selections, leading the NFL in a particular statistical category, MVP, Defensive Player of the Year, Super Bowl MVP, etc.). The salaries of top picks skyrocketed because of these loopholes.

Something needed to be done because unproven commodities were paid like Pro Bowlers before playing an NFL game. 2007 first-overall pick JaMarcus Russell, who is widely considered as one of the biggest draft mistakes in NFL history, became the poster boy for the problems with the system. Russell made $39.365 million during three disappointing years as a quarterback with the Raiders. He never played in the NFL again after Oakland released him in 2010.

The latter years of these rookie contracts typically became unmanageable for teams when the players were highly productive because of astronomical salary cap numbers from earning close to the maximum value of a contract through salary escalators and incentives. This phenomenon led to immense leverage for the player where the extremely large cap numbers usually forced a team to reset a positional market on a contract extension with a player friendly structure or let him become an unrestricted free agent once his rookie contract expired because use of a franchise tag was impractical, as for the Lions in 2015 with defensive tackle Ndamukong Suh.

It would have been virtually impossible for the Lions to franchise wide receiver Calvin Johnson, the second-overall pick in 2007 NFL draft, at over $25 million when his rookie contract expired after the 2012 season. Since lowering his 2012 cap number of slightly over $21 million was a necessity, the Lions made him the NFL’s highest-paid non-quarterback on a seven-year, $113.45 million extension in 2012. Johnson’s 53.25 million fully guaranteed at signing is still the second most ever in an NFL contract for a non-quarterback.

The current system has practically eliminated these occurrences.

Mechanics of the rookie wage scale

The treatment of rookies was an easy sacrifice for the NFLPA to make in the talks that produced the current CBA. Incoming players aren’t technically considered a part of the union.

All contracts for draft choices are currently four years with specific salary parameters for each draft slot. Teams have an option for a fifth year with first-round picks that must be exercised after the third year of the deal. The period for exercising fifth-year options begins when a player’s third NFL regular season ends. These options must be picked up prior to May 3 of the fourth NFL season.
The fifth year is guaranteed for injury when the option is exercised. The option year becomes fully guaranteed on the first day of the league year in the fifth contract year, which was March 13 for the 2015 first-round draft picks.

The fifth-year salary for the top 10 picks is the transition tender, which is average of the 10 highest salaries, for a player’s position in the fourth year of his contract. The fifth-year salary for players selected outside of the top 10 (picks 11-32) is the average of the third through 25th highest salaries at a player’s position.

Third through seventh-round picks have a base salary escalator for their fourth year based on participating in a minimum of 35% of the offensive or defensive plays, whichever is applicable, in two of the first three seasons of their deals or an average of at least 35% playtime in their first three seasons. This is referred to in the CBA as the Proven Performance Escalator (PPE). The salary equals the lowest restricted free agent tender in the fourth year. The 2019 salary for 2016 third through seventh-round picks that earned the PPE is $2.025 million.

A draft pick isn’t eligible to renegotiate his rookie contract until the conclusion of his third regular season. It is now permissible for 2016 draftees, such as first-overall pick Jared Goff, to sign new deals.

The fifth-year option concept would be abolished. The impact of the franchise tag, which is a powerful management tool that can hinder players from getting fair market value and depress salaries, would be somewhat lessened. The franchise tag only directly affects a handful of players annually but the impact on salaries isn’t limited to just the recipients. A player would be able to hit the open market a year sooner at an earlier age if receiving multiple designations without the existence of a fifth-year option.

Restricted free agency has become practically nonexistent with the four-year contract requirement for draft picks. It is now almost exclusively reserved for undrafted rookies since they are required to sign three year rookie contracts. Undrafted rookies would also have their contract length shortened by one year.

Restricted free agency would become more meaningful because of the number of quality players drafted after the first round that potentially could be available to sign to offer sheets. Using the 2016 draft class as example, the Chiefs would have had quite a dilemma on their hands with defensive lineman Chris Jones, a second-round pick, if the suggested changes were already in place. His breakout 2018 season in which he was third in the NFL with 15.5 sacks and set an NFL record by recording a sack in 11 straight games, would have made him a prime candidate for a new deal while his success was happening. Without a new deal in place before early March, Kansas City may have been forced to designate Jones as a franchise player. A $4.407 million first round restricted free agent tender may not have been enough to deter another team from pursuing an offer sheet given how Jones performed last season.
2017 fifth-round pick George Kittle, who set an NFL single-season receiving yards record for tight ends in 2018, would probably be an extension priority for the 49ers right now if 2019 was his contract year instead of 2020. The 49ers were one of the most proactive teams in signing players to early extensions, along with the Eagles, Patriots and Steelers, when rules allowed draft picks to renegotiate after two years.

Rookie contracts signed under the previous CBA were grandfathered with the old timeframe. This is how 2010 Patriots draft picks Rob Gronkowski and Aaron Hernandez were able to sign extensions in 2012. Typically, it is more cost effective for a team to sign highly productive players sooner rather than later. Gronkowski’s perpetual unhappiness with his six-year extension, which made him the NFL’s highest-paid tight end upon signing, prompted to Patriots to add lucrative incentives to the deal in 2017 and 2018 to placate him. He never did get the renegotiated contract he long desired before retiring this offseason.

If the NFLPA can’t get draft contract lengths shortened, the fifth-year option salaries and the PPE should be modified. For top-10 picks, the franchise number seems more appropriate. The transition number could apply to the rest of the first round.

The option year should be a firm commitment where it’s fully guaranteed upon exercise. In most instances, teams have seen enough from a player after three years, if not sooner, to know whether the fifth year would make sense financially.

Second-round picks should be eligible for the PPE. Some third-round picks can make more than second-round picks if both play out their rookie contracts with the way the escalator currently works. For example, Falcons middle linebacker Deion Jones signed a four-year rookie deal worth just under $4.55 million as the 52nd overall pick in 2016. Titans safety Kevin Byard, who was 2016’s first pick in the third round, received a four year rookie deal at almost $3.65 million. Since he’s easily qualified for the escalator raising his 2019 compensation to $2.025 million, he’s essentially at $4.775 million if his rookie contract expires. Although selected 12 picks after Jones, Byard will be making $225,000 more if neither signs an extension. There shouldn’t be any scenario where a second round pick’s compensation is less than a third round pick’s when similarly situated.

A complete revamping of the rookie compensation isn’t necessary or realistic. It does need to be modified because the pendulum has swung a little too far in the other direction with the current system. None of the suggested changes would recreate the issues that existed before 2011, but would bring a little more equity to the process.