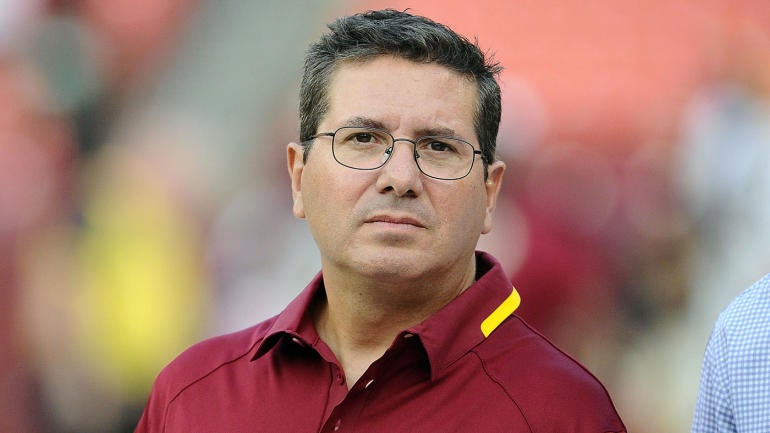 If you’re hoping to see some drama on the first night of the NFL Draft, then you might want to keep a close eye on the Redskins, because it seems there’s a good chance we’re going to see something big from them.

According to Redskins beat writer Grant Paulsen, team owner Daniel Snyder has “taken over the first round of the draft” for Washington, which means things could get crazy. The last time Snyder decided to take things into his own hands came in 2012, when the Redskins mortgaged their future to trade up and grab Robert Griffin III with the second overall pick. In that deal, Washington sent three first-round selections (2012, 2013 and 2014) to the Rams, along with a 2012 second-round selection, so they could move up and get RG3.

It’s worth noting that the Redskins have denied Paulsen’s report, although NFL.com seemed to agree with some of it by pointing out that Snyder will have the most power in the Redskins’ war room on Thursday.

To add more intrigue to this story, if Snyder is in control, it appears he’s thinking about making another major RG3-esque move. According to NFL.com, the Redskins are exploring the option of moving up to into the top five of the draft, which would put them in a prime position to grab a quarterback.

If Snyder’s plan is to move up that high, things are going to be slightly different from 2012, and that’s because the Redskins are going to have to give up some major compensation to move up that far. Washington currently has the 15th overall pick, which means they’d need to move up 10 spots. The biggest winner of the draft could end up being the team that makes a deal with Washington. As things currently stand, the Cardinals, 49ers, Jets, Raiders and Buccaneers all pick in the top five.

You’ll be able to follow the drama as it unfolds on Thursday by watching the live coverage from CBS Sports HQ, where we’ll grades the picks, analyze the trades and break down everything you need to know about what’s happening in real time.

The fact that Snyder is getting involved makes a lot of sense, because earlier this week, Redskins senior vice president of player personnel Doug Williams made it sound like the team didn’t really want to trade up in the draft.

“Well, I’ve said all along, the chance of trading up is a lot slimmer than trading back,” Williams said. “I’m going to go on the record and say that’s a possibility that we won’t trade up, but there’s a great possibility we’ll trade back if that opportunity came.”

If Snyder is taking over the first round of the draft, it doesn’t really matter what Williams wants to do, because Snyder is going to do what Snyder wants to do.

If you’re wondering who the Redskins might take if they move up, everything is pointing to a quarterback. According to ESPN.com, the Redskins have a lot of interest in Dwayne Haskins. However, it appears that Daniel Jones could also be in play, according to former NFL scout Greg Gabriel.

As for Haskins, he actually has some direct ties to Snyder, which might be one reason why the Redskins owner has decided to take over the first round of the team’s draft. Not only did Haskins attend high school in the DC area with Snyder’s son, but earlier this week, he also revealed that he has a “great relationship” with Snyder.

Haskins also sounded excited about the possibility of returning to DC.

“For me to be able to go back in DC, somewhere where I also grew up at, went to high school at, is definitely a lot of fun for me to be able to spend time with [Doug Williams], coach Gruden and the rest of the offensive staff,” Haskins said. “I think the Redskins are a great place to be.”

It seems that Snyder has decided he wants to land his quarterback of the future this year, which means we should all be in for wild night when the first round of the draft kicks off from Nashville on Thursday.

If you’re wondering where Haskins might end up, make sure to click here so you check out all of our mock drafts here at CBSSports.com. With roughly 24 hours to go until the first pick is announced, two of our six writers are predicting that Haskins goes to the Redskins at 15. To see where our other four writers have Haskins landing, you’ll have to check out their mocks.