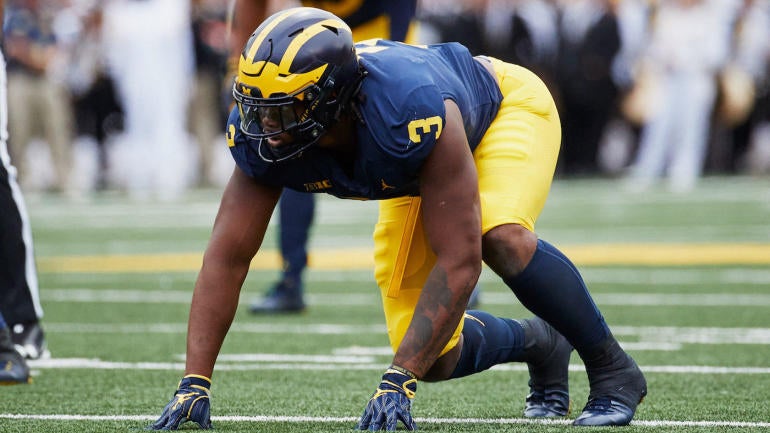 One of this year’s draft’s riskiest prospects just got riskier. Michigan defensive lineman Rashan Gary, one of the top defensive linemen in the class, has reportedly been “flagged” for a shoulder injury, according to Ian Rapoport. The injury is a labral tear he suffered in college.

Gary, who never performed up to expectations at Michigan after being the No. 1 high school recruit in the country in 2016, has now been thought to have been playing out of position with the Wolverines. He’s largely being evaluated as an edge rusher now, despite playing defensive tackle throughout college. Gary missed October with what was then a mysterious injury, and played the final four games of the season before sitting for the Peach Bowl against Florida.

Per Rapoport, Gary could play through the injury this year before getting surgery in the offseason, but he might need to be managed for his shoulder. That likely isn’t an enticing prospect to teams in an already deep draft at a position where Gary was being speculated as the third edge rusher who could be picked behind Nick Bosa and Josh Allen.

Someone will undoubtedly take a flier on Gary, but for teams looking for elite production now he might end up being a pass. Despite Gary’s undeniable talent, his lack of college production and the potential he’ll need to be limited early on could ultimately prove to be too much for teams to be able to overlook.