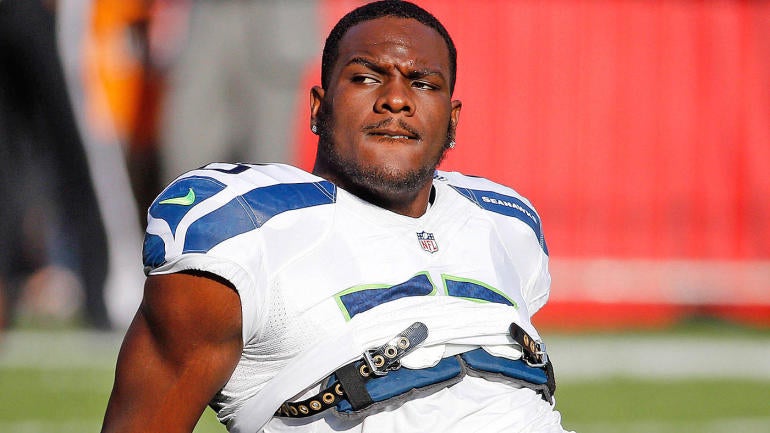 Frank Clark is on the move, folks. As has been reported for months, the Chiefs were interested in nabbing the Seahawks pass rusher and now it is a done deal, CBS Sports NFL insider Jason La Canfora confirms.

Clark, who was tagged by the Seahawks this offseason, will go to Kansas City for quite the haul, as the Seahawks will get a first-round pick in 2019 and a second-round pick (the later of the Chiefs two picks) in 2020. The teams will also swap third-round picks this year.

The Chiefs are expected to strike a long-term deal with Clark as part of this move. Clark obviously must pass a physical for the deal to be official, although it would be surprising if that didn’t happen.

Clark fell in the 2015 NFL Draft due to off-field concerns, with the Seahawks scooping him up with the 63rd overall pick. He became one of the breakout players on their new-look defense, helping Seattle win 10 games in 2018, when many expected the Seahawks would be rebuilding.

Because he was a second-round pick, the Seahawks didn’t have a fifth-year option on Clark and were forced to use the franchise tag on the star pass rusher.

Trade rumors started popping up pretty quickly after Clark was tagged, and intensified recently after the Seahawks gave Russell Wilson a large contract.

The Jets were also interested in Clark, as were the Indianapolis Colts. What made the Chiefs so attractive was their willingness to simply sacrifice the pick they hold in the 2019 NFL Draft, giving Seattle No. 29 overall.

GM John Schneider began the week with just four picks in this draft and now he has one more early selection to work with as he continues to mold Seattle’s roster. The Seahawks dealing Clark gives them some freedom to pay other defensive players as well.

Clark finished the 2018 season with 13 sacks and 27 quarterback hits — he was an absolute terror as a pass rusher, and the Chiefs, having lost Dee Ford and Justin Houston this offseason, badly needed to improve their pass rush.

There will be a discussion about Clark’s backstory though. There were domestic violence allegations against him during his college days at Michigan, and the Chiefs have battled character concerns with several players in the last 18 months. Kareem Hunt was cut by Kansas City after video of him attacking a woman in a hotel hallway emerged. Tyreek Hill is under investigation by the NFL for an incident that involves a minor. It’s not yet known what will happen with Hill.

Once again it speaks to the importance of a player’s ability and position mattering more than what said person might do/have done off the field. That is not new for the NFL. With the Chiefs contending for a Super Bowl next year and trying to build off Patrick Mahomes‘ MVP season and Kansas City hosting the AFC Championship Game, it should hardly be surprising that Kansas City is willing to push the envelope.

The Chiefs are likely doubling down too, because Clark will require a new contract before he begins playing. The Chiefs have a lot invested in Clark as a pass rusher now.

From a pure football perspective, it’s certainly a bold and smart move. There wasn’t going to be the type of player available at No. 29 that could match Clark’s ability out of the box next season. This is a loaded draft for pass rushers, but every draft pick is a crapshoot and the Chiefs wouldn’t be in control of their destiny if they sat back and let the drat come to them.

Instead they got aggressive and removed themselves from the 2019 first round, all while making the Seahawks one of the more interesting teams in this draft, particularly with Scheinder’s willingness to wheel and deal while on the clock.