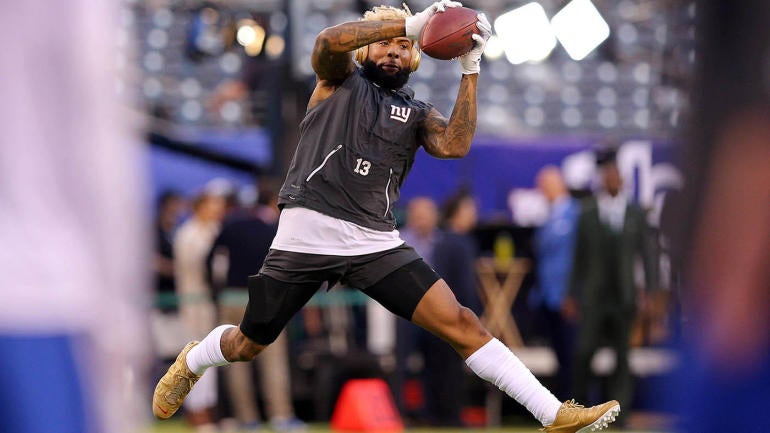 Giants GM David Gettleman and his team’s former star wide out Odell Beckham clearly don’t like each other.

The two have taken to exchanging subliminal messages, with Beckham most recently going on Twitter to let the world know he’s a problem in the locker room if that locker room is fine with losing. He isn’t the only former player from a Gettleman team that the GM has been at odds with. Former Panthers running back DeAngelo Williams, for example, has been very outspoken about the way Gettleman did “business” when he was working for Carolina’s front office.

Beckham, who was traded to the Browns this offseason, appears ready to thrive and be a leader in Cleveland. It’s clear the Browns have a future he’s excited to be a part of. But Gettleman has said that the Giants value building a culture, something that Beckham took personally.

On Tuesday’s “Off the Bench,” Danny Kanell and Raja Bell go into Beckham vs. Gettleman feud, and why Beckham would take issue with Gettleman’s comments, particularly him saying the Giants don’t have a locker room issue “anymore.”

“Dave Gettleman, grow up,” Bell said. “Let me start there… there’s an opportunity again at a microphone, you’re a polished GM. You know how to navigate that. ‘Do you have a cancer problem?’ ‘Do we have one with the Giants? Our team is in a very good place right now, we’re excited about how we’re positioned, this should be a great season with the Giants,’ gone. Done.”

Bell adds that Beckham shouldn’t have responded and that both sides should keep quiet about the situation. Now that Beckham has moved on, both sides have to as well. Gettleman has shown he has trouble letting grudges go, however, and it’s obvious with his recent comments.