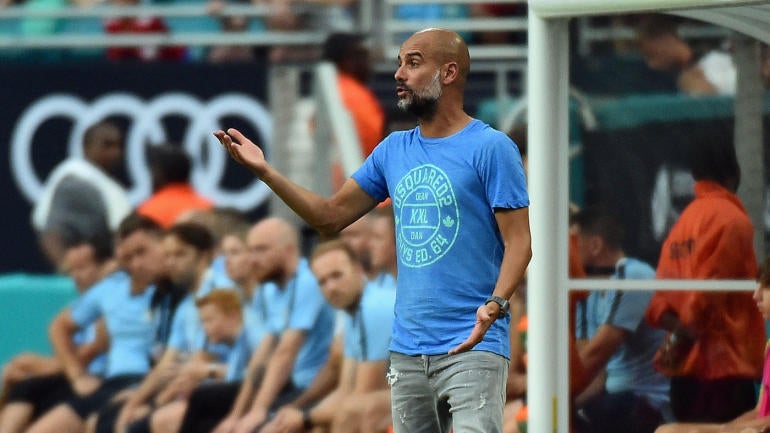 Ahead of what may be Manchester City’s toughest game remaining on the calendar outside of the FA Cup final, Pep Guardiola had some strong words about Wednesday’s pivotal match at rival Manchester United in the Premier League. City can go top of the table with a victory, while anything short of that will leave Liverpool in first place with three games remaining.

There’s no denying Manchester United’s history is far superior than that of their “noisy neighbors,” but  City’s emergence as a power in England traces about just over 10 years with the influx of money via foreign ownership. Since then, City has been able to win the league and the FA Cup on numerous occasions under owner Sheikh Mansour. As a result of City’s rise to power, Guardiola told reporters on Tuesday that going to Manchester United to play is no longer “scary.”

“The reason why is the fact this club, in the last decade, grew a lot and it is not scary to go there and play when before it was maybe more difficult,” Guardiola said in a press conference ahead of Wednesday’s match, which you can watch on fuboTV (Try for free).

“The distance between the quality of the players that Manchester City had in the last 10 seasons made this game a little bit more equal than before, when in the past the gap was a little bit bigger.”

There are some that may take that as a shot to United and Guardiola hasn’t been shy in the past about slighting major rivals, but this seems like he is simply saying that the gap has closed in a sense when it comes to recent history. But if he meant it as a little jab, that would not surprise anybody. City has been the stronger club over the last 10 seasons and has found some stability, while United is still looking for it since Sir Alex Ferguson’s retirement.

Wednesday’s match is one that Manchester United also needs to win as it is at risk of falling out of the top-four race entering the season’s final days.

Far from a war of words, but if it spices up Wednesday’s match, then the neutral spectators could be in for quite a show.