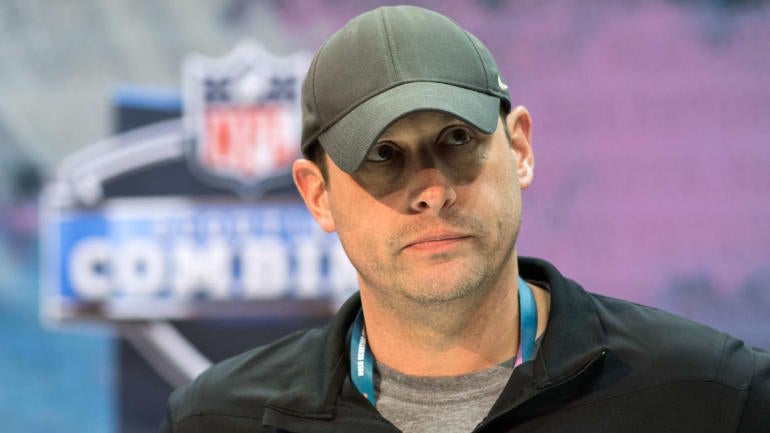 If the New York Jets thought a $52.5 million contract was going to be enough to get Le’Veon Bell to show up to voluntary minicamp this offseason, they thought wrong.

The Jets kicked off a three-day minicamp on Tuesday and Bell was a no-show for the first day of action. Although Bell was the Jets biggest signing of the offseason, new coach Adam Gase didn’t sound too concerned about the running back’s absence, mostly because he wasn’t required to be there.

“It’s voluntary,” Gase said, via ESPN.com. “(Bell) was here that first week (of offseason workouts), and we got a lot of good information that week to him.”

Of course, if Gase was disappointed about Bell’s decision to not show up, he didn’t show it, but that might have had to do with the fact that teams can be punished if a coach complains about a player not showing up at a voluntary workout (just ask Tom Coughlin about that).

Voluntary or not, you have to figure the Jets have to be at least somewhat disappointed that Bell didn’t show up, especially considering the fact that he’s less than six weeks removed from signing a four-year, $52.5 million deal with the team.

Bell was at the start of the team’s offseason workouts back on April 8, but that mostly consists of lifting weights, so he didn’t get any actual practice in. The minicamp is different because it allows a team to practice on the field for the first time. Most teams have to wait until June before they can hold a minicamp, but any team that hired a new coach this offseason is allowed to hold a voluntary minicamp as long as it comes early in the offseason program.

One other reason the Jets probably would have liked to have Bell on the field is because he hasn’t been a part of an NFL offseason practice in nearly two years. The fact that Bell sat out the 2018 season means he hasn’t been on the field for an actual practice since 2017. If nothing else, the Jets could have seen what kind of shape the running back is in.

Even though Bell was a no-show, Gase seems convinced that the running back will show up in good shape whenever he decides to show up.

“[Bell] has a pretty good training regimen that he goes through,” Gase said. “He knows how to get his body ready for training camp and the regular season. He’s been doing this for a minute.”

If Bell’s plan is to skip every voluntary practice this offseason, that means the Jets likely won’t have him on the field until they hold their mandatory minicamp, which runs from June 4-6.

Linebacker Darron Lee was also a no-show at minicamp, but that wasn’t a huge surprise given the fact that the team has reportedly had him on the trading block for most of the offseason.