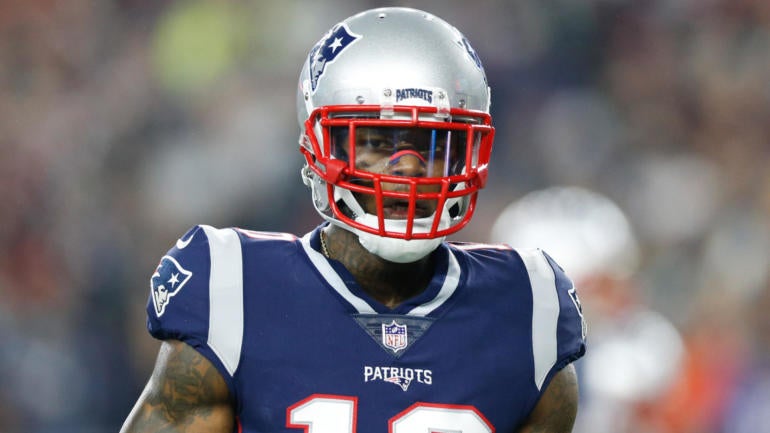 Although there are still a lot of questions surrounding Josh Gordon’s future in the NFL, we do know one thing for sure: If he’s allowed to play in 2019, it will definitely be with the New England Patriots.

According to ESPN.com, Gordon officially signed his restricted free agent tender on Tuesday, which means he’s now under contract with the Patriots for the 2019 season. Of course, just because he’s under contract doesn’t necessarily mean he’ll be playing.

Before that can happen, Gordon has to be reinstated by NFL commissioner Roger Goodell. The Patriots receiver was hit with an indefinite suspension back in December for violating his conditional reinstatement under the NFL’s substance abuse policy.

The suspension came after Gordon had already played 11 games with the Patriots. After being traded from Cleveland to New England in September, Gordon caught on quickly with the Patriots, catching 40 passes for 720 yards and three touchdowns during the 2018 season. However, Gordon didn’t play in the team’s final two games of the regular season due to the suspension.

Back in March, Goodell was asked about the possibility of Gordon getting reinstated for 2019, and it appears it’s not something the commissioner is going to take into consideration until he feels Gordon is back on the “right track.”

Gordon was actually set to be a free agent this offseason until the Patriots placed a restricted tender on him back in March. The second-round tender meant that the Patriots would have received a second-round pick as compensation if any team would have signed the receiver away.

Under terms of the collective bargaining agreement, Gordon’s one-year deal is worth up to $3.095 million, but that’s only if he plays in all 16 games.