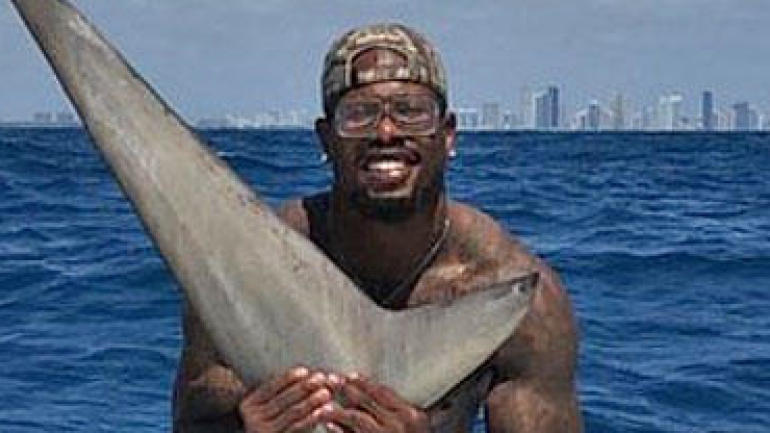 About a year after posing with a freshly caught hammerhead shark and prompting complaints from PETA officials, Denver Broncos star Von Miller has officially avoided charges from the incident, USA Today reported Thursday.

The owner and operator of the boat hosting Miller’s April 2018 expedition, however, was charged with both fishing for sharks without a proper permit and failure to release a shark in the manner that will ensure maximum probability of survival. That’s according to National Oceanic and Atmospheric Administration (NOAA) records reported by USA Today’s Josh Peter. The unidentified owner and operator has also been issued a $2,000 notice of violation and assessment, per the records.

Miller was first seen with a shark back in July 2016, when The Denver Post reported that the linebacker’s father had reeled one in during a vacation in the Turks and Caicos Islands. In 2018, his apparent shark fishing drew more attention when pictures and videos of the former first-round draft pick with a somewhat bloody nine-and-a-half-foot hammerhead went viral.

A PETA complaint sparked an investigation by the Florida Fish and Wildlife Conservation Commission (FWC), with PETA’s senior director of cruelty casework suggesting that Miller was a repeat offender of animal abuse.

“Seeing Von Miller smile as he holds a shark’s bloody body should turn any kind person’s stomach,” the official told Newsweek at the time. “This man has a reported history of bullying animals — having previously made the news for wrestling an alligator — and PETA is inquiring with officials to ensure that Miller is held accountable if killing this animal was, as we suspect, illegal.”

Miller told critics shortly after the April 2018 incident that “we followed the rules.” The boat operator is now set to pay the price for apparently not doing so.