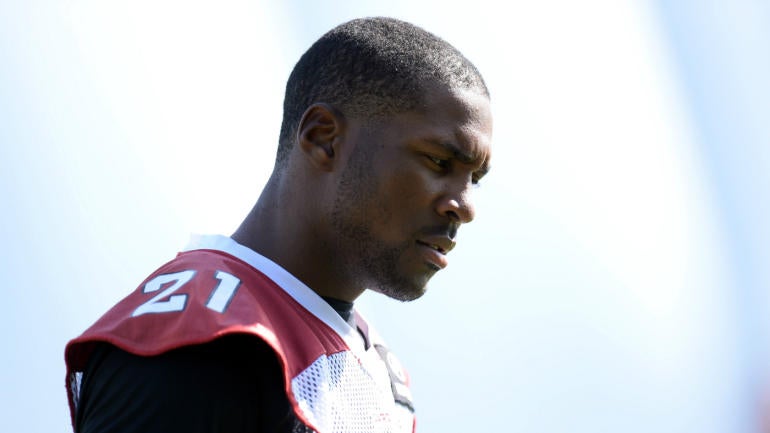 NFL Draft season is the silliest season and Tuesday morning was a perfect example, as the world spent about 30 minutes or so wondering whether the Cardinals were going to make a blockbuster trade. But it wasn’t even the trade everyone expected — that being the Josh Rosen trade — because it was a hypothetical deal that would ship star cornerback Patrick Peterson out of Arizona.

Pat P rumors are nothing new, as Peterson was the subject of trade deadline speculation last year. He’s a stud player with a team-friendly deal, but he’s headed towards the wrong side of his career. He makes perfect sense as a trade candidate if he wants to play for a Super Bowl contender and the Cardinals want to try and reload by adding some draft picks.

The hyptothetical deal in place, as reported by Antonio Bryant (who is just a former player on Twitter I believe?) had Peterson going to the Chiefs. Turns out, that’s not happening or even remotely close to happening. Terez Paylor of Yahoo! Sports (who used to work in Kansas City) and Mike Florio of Pro Football Talk quickly shot down any speculation of a Peterson to KC deal.

However, Florio heard from another source close to Peterson who insisted that “something is going on” and Peterson could indeed end up being dealt.

Florio later amended that tweet to say that it was a “weird 15 minutes” and then followed up later to say that Peterson isn’t being traded.

In other words, nothing is happening!

Peterson was rumored to be dealt for like an hour, but it’s clear that he’s not being moved. At least for now! This is the modern NFL and anything can happen when it comes to trades, thanks to the expanded salary cap and aggressive general managers around the league.

It’s possible the Cardinals could ultimately decide they want to roll with Kyler Murray and take him with the No. 1 overall pick. Instead of trading Josh Rosen for almost nothing, the Cardinals could package Peterson and Rosen and get something big in return, making it easier to stomach dealing a first-round quarterback after just a single season.

But for now, it’s nothing more than a brief draft week current amongst a sea of rumors.