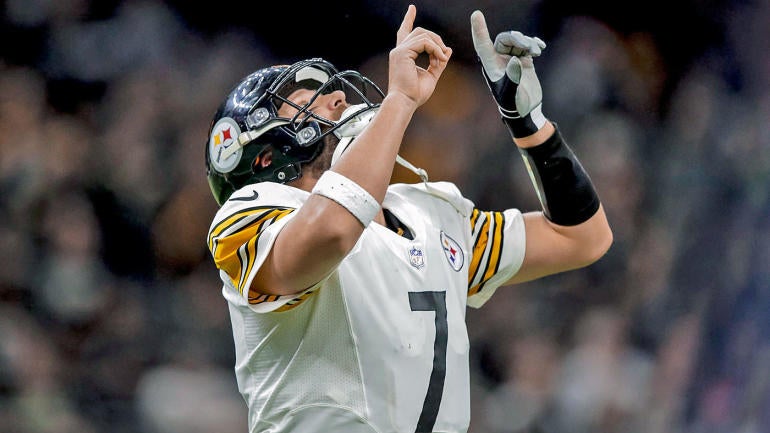 After nearly two months of negotiating, it appears the Pittsburgh Steelers are finally ready to get a contract extension done with Ben Roethlisberger, and they want to get that deal done soon. Real soon.

According to ESPN.com, the team is hoping to hammer out a new contract with Roethlisberger by the time the NFL Draft starts, which means the two sides have until Thursday night if they want to meet the target date.

Apparently, there’s two big reasons the Steelers want to get a deal done now: The first reason is so the team can clear up some salary cap space heading into the 2019 NFL Draft. As things currently stand, Roethlisberger is set to count $23.5 million against the cap this season. If the two sides can agree on a new deal that trims that number down, it would potentially give the Steelers some room to make a potential move on draft day.

The other reason the Steelers are hoping to get a deal done is so that neither side has to worry about any sort of contract negotiation heading into the later portion of the offseason.

The Steelers haven’t tried to hide the fact that they want to get an extension done. Back in January, team president Art Rooney II made it clear that he thought his 37-year-old quarterback still had plenty of prime years left.

“We’ve already started talking to him and his representative about extending that contract,” Rooney said. “I think Ben has some good years left. I’d still say he’s close to being in the prime of his career. Now that we’re seeing quarterbacks around the league that are playing into their 40s, I’m not sure there’s any reason that Ben can’t play for several more years. We’re looking forward to that.”

The negotiations with Roethlisberger come just two years after the quarterback raised some eyebrows in 2017 when he said that he was thinking about retirement. The Steelers reacted to those comments by drafting Mason Rudolph in 2018, which seemed to light a fire under Big Ben. Shortly after Rudolph was drafted, Roethlisberger said he planned to play at least three to five more years, which is almost certainly going to happen.

Although Roethlisberger has created some drama in Pittsburgh by criticizing teammates on his radio show, one thing he’s never done is complain about his contract, even though he’s woefully underpaid. The quarterback is currently headed into the final season of a four-year, $87.6 million deal that’s set to pay him just $12 million in base salary this year.

Roethlisberger likely won’t get the $35 million per year that Russell Wilson recently landed with his latest extension, but it wouldn’t be surprising at all to see Big Ben land a contract that pays him at least $30 million per year.