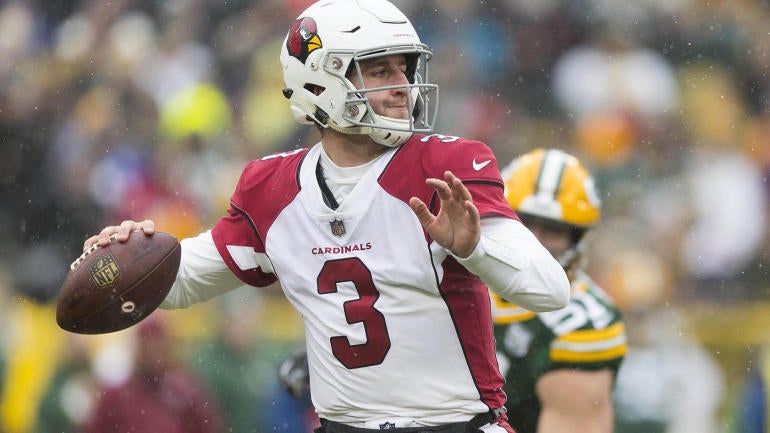 The 2019 NFL Draft is about 48 hours from kicking off. The hay might very well be in the barn in some spots, but the reality is we have no idea how the opening minutes of the draft are going to play out. That’s in large part to the Arizona Cardinals, whose quarterback situation is providing the NFL with exactly as much drama as the league can handle with respect to the top overall pick.

Buzz has been building over the last week or so that Kyler Murray, the Oklahoma Heisman Trophy winner, might actually not end up going No. 1 overall and that Arizona could end up standing pat with Josh Rosen.

We discussed this on the latest Pick Six Podcast — listen in the player below; we’ll also be doing live draft shows from Nashville all week long so subscribe here and watch our pre-draft shows on CBS Sports HQ — with the entirety of our panel believing it’s much less than a sure that thing the Cards take Murray.

This is far from a consensus of course. But it’s becoming a more and more popular opinion. Sam Farmer of the Los Angeles Times does a local writer mock draft and had Kent Somers, longtime Arizona Republic writer, handle the Cards pick at No. 1. Somers went with Quinnen Williams, noting that the “Cardinals like Josh Rosen, and I don’t see them taking a quarterback in the first round two years in a row.”

Somers is a columnist now and not a beat guy/reporter per se, but he has been covering this team a long time, so it’s not like this is out of thin air.

CBS Sports’ own Pete Prisco went on record during our CBS Sports HQ Live Mock Draft (rewatch it all on YouTube below) as saying the Cardinals won’t be taking Murray first and instead will go with Williams or Ohio State pass rusher Nick Bosa.

There’s a whole host of people getting on board this Williams bandwagon. There are also a whole bunch of people who are staunchly AGAINST the idea that the Cardinals will do anything other than take Murray first overall.

Peter Schrager of “Good Morning Football” was one of the early adopters when it came to predicting Kyler to the Cardinals with the first overall pick. And he continued to do so on Tuesday, saying he would double down on the idea of Murray going first overall.

CBS Sports NFL Insider Jason La Canfora has done the same, refusing to back off the idea that Arizona will do anything other than take Murray with the first pick.

Peter King of NBC Sports wrote that he can easily see the Cardinals bailing on Murray … and had Murray going first overall in his final mock draft anyway. That’s not calling King indecisive or anything — no one really knows what Arizona is going to do. Even the Cardinals.

According to multiple reports, the primary decision makers for Arizona are huddling up on Monday/Tuesday/Wednesday to firm up a plan. Expect something to leak on Thursday morning; that’s what happened last year with Baker Mayfield going first overall. (Although it could have been John Dorsey finally telling Hue Jackson, who somehow avoided breaking a bone sprinting to tell media members what was happening.)

One would think that part of those meetings are reaching out to other teams and inquiring about what they might give up for Rosen in a possible trade. You know, hit up the Giants and see if they’ll give up a second-round pick for the former first-round pick. However, according to NFL Media’s Ian Rapoport the Cardinals aren’t even calling teams to talk Rosen trades.

“I talked to several teams that need a quarterback and [the Cardinals] haven’t called any of those teams,” Rapoport said. “They simply … have just … not. So we are still wondering exactly what is happening with the Cardinals quarterback situation.”

If the Cardinals don’t call anyone about trading Josh Rosen, it’s going to be really hard to trade Josh Rosen! It’s entirely possible Arizona wants to wait as long as possible to a) avoid letting Rosen know what might be happening and b) avoid letting other teams know they’re taking Murray first overall. If you’re trying to trade Rosen and calling around about it, there’s a good chance you’re taking Murray first.

That would not only ruin the NFL’s drama, but it would reduce the Cardinals leverage.

And it would eliminate them from potentially pulling off the biggest possible coup still on the table for Arizona. Let’s break down what could happen in a potential scenario that involves a blockbuster trade, one which actually kind of makes sense.

In this scenario, the Raiders and Cardinals — who traded last draft for a quarterback situation — end up pulling off a massive blockbuster deal that ends up with the Raiders holding the No. 1 overall pick and taking Kyler.

Why does this make sense for the Raiders? Well, if you believe Jon Gruden is a fan of Murray — and ESPN’s Todd McShay said this week on NFL Live that “Gruden loves Murray” —  it’s not hard to imagine him taking the Oklahoma quarterback, with the freedom to sit him for a year and let him learn behind Derek Carr. He can’t do that if Arizona takes Murray, obviously, but the logic that the Raiders sent all their scouts and various draft personnel home in order to make a shocking move at the top of the draft totally fits with Gruden’s offseason plan so far. (They hired Mike Mayock from NFL Network and traded for Antonio Brown; it’s been spicy to say the least.)

It also fits with the idea that the Raiders might want to explore a Murray trade without it leaking to Carr. The Raiders, as we discussed on the podcast, should fear someone trading up to No. 3 and leapfrogging them for Murray when they realize the Cardinals, through this not so subtle smokescreen about taking Williams or Bosa with the first pick, aren’t taking the Oklahoma quarterback.

The Jets have made it VERY obvious they are willing to deal the third pick in an effort to recoup the second-round pick they gave away in the Sam Darnold deal last year. Really the only way to make that deal is to have Murray fall off the top spot and for someone to try and beat Gruden to the punch. The paranoia should be real for Gruden and Mayock if they truly want Murray.

So in this scenario, the Raiders give up a second-round pick (or maybe their final first-round pick) to the Cardinals to flip No. 1 and No. 4. It’s not expensive, but the Cardinals are fine with it: they get one of Bosa, Williams or Ed Oliver with the fourth pick and add an extra first- or second-round pick. Gruden helped out Cards GM Steve Keim when he came out to get Rosen last year and now Keim can return the favor to Oakland’s front office in the form of Murray.

It’s complex and maybe even a little far-fetched. But it’s not that wild of an idea when you consider the way this draft board lays out, the needs of the Cardinals and the Raiders, their history trading with one another, and the assets and needs of both teams.