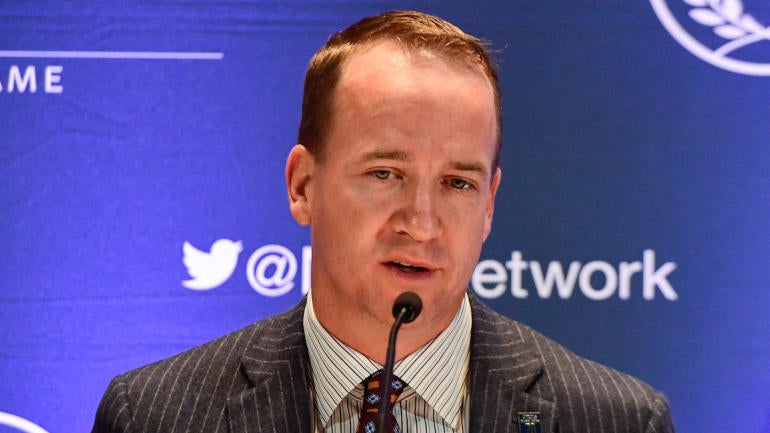 One of the biggest jobs in broadcasting is currently available. Earlier this offseason, Jason Witten left his position as an analyst on “Monday Night Football,” deciding instead to return to the Dallas Cowboys for one more season. ESPN has been searching for his replacement, and apparently, we can cross one of the highest-profile names off the list of potential candidates.

According to a report from Michael McCarthy of the Sporting News, legendary Colts and Broncos quarterback Peyton Manning is not interested, and “barring a miracle” will not take Witten’s place.

ESPN held out hope that Manning would fill the hole left by Jason Witten’s return to the Cowboys. But barring a miracle, sources said, Manning will not be in the booth when “Monday Night Football” kicks off its historic 50th season, with a Texans-Saints/Broncos-Raiders doubleheader on Sept. 9.

Manning also reportedly turned ESPN down last year, which led to the creation of a three-man booth featuring Witten alongside play-by-play announcer Joe Tessitore and former NFL defensive lineman Booger McFarland. The crew was constantly criticized during its debut season, with Witten in particular coming under fire for perceived on-air mistakes.

It is unknown whether ESPN is searching for a replacement for Witten or a replacement for both Witten and McFarland. McCarthy speculates that McFarland could be given a more prominent role in the broadcast, given that ESPN expanded his role in its draft coverage this year, but also notes that Louis Riddick and/or Rex Ryan could be moved into the booth as well. Whatever the case, it looks like we will not be seeing Manning on TV anytime soon.