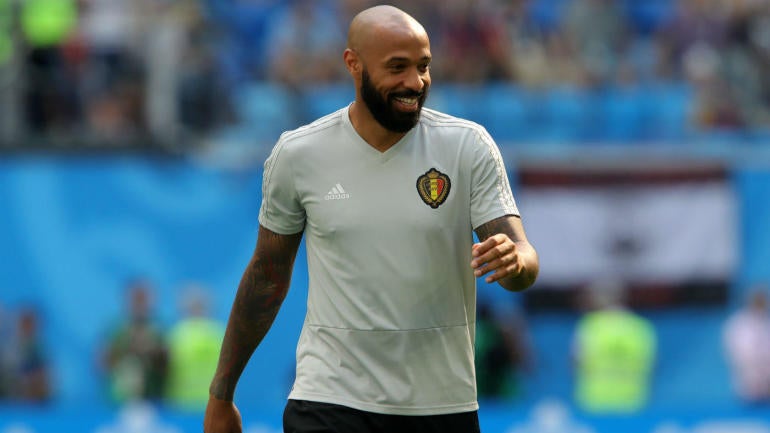 Thierry Henry may be coming back to America. The French legend and World Cup winner was linked to the head coaching job of the New York Red Bulls, his former MLS club, though the club’s president said Monday the reports are false.

Henry got into coaching after his terrific playing career ended with his retirement in 2014 after four years with the Red Bulls. Sunday morning, ESPN Deportes’ Fernando Palomo reported that Henry would replace Red Bulls’ coach Chris Armas. The Red Bulls are 1-2-4 to start this season with just eight goals scored in seven matches.

Henry was an assistant with the Belgium national team and was with the team at the 2018 World Cup where the country finished in third. He then landed the AS Monaco job in October following the firing of Leonardo Jardim after a slow start to the season. Henry coached 20 games for Monaco and lost 11, winning just four, before being fired in January. Ironically enough, he was then replaced by Jardim.

Looked at as an intriguing coaching prospect, his stock took quite the hit with Monaco. His teams struggled to stay disciplined and made silly mistakes, but that shouldn’t all be attributed to Henry. Monaco sold many of its best players over recent years, and this season the team has had to deal with so much youth and many injuries. It was just a situation that was hard to see anyone turning around quickly. But with Monaco looking like it was headed for relegation, the club made the change. Monaco is currently in 16th place in Ligue 1.