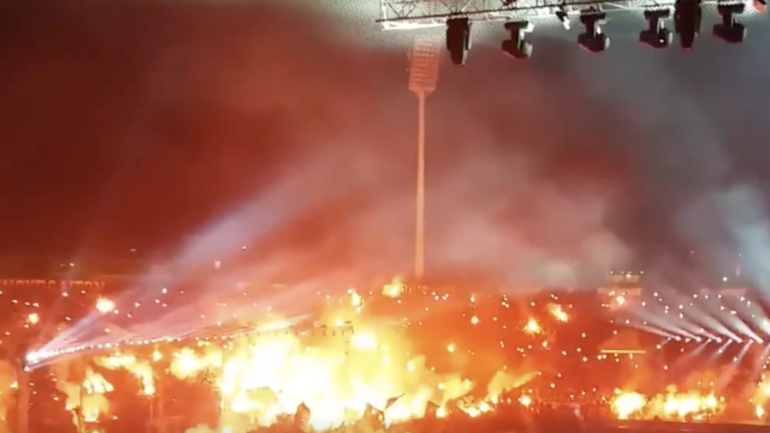 You think you know how to party? PAOK FC would scoff in your general direction if its fans weren’t so busy putting your parties to shame. The Greek soccer club won its league for the first time in 34 years, and the reaction was… incendiary.

Let’s let the images speak for themselves.

@Football JOE called this a “lively one.” That’s true, in the same way that next weeks “Game of Thrones” episode will be a “lively one.” It looks like PAOK’s fans are celebrating by burning the entire stadium down, which is definitely a move, albeit not exactly an advisable one. In reality, the celebrations looked like fire because so many fans were lighting flares.

The team was also having its own celebration, but with a little bit less, you know, fire.

It was a 5-0 win over Levadiakos on Sunday that put PAOK over the top. The victory came at the club’s Toumba Stadium, so they were already there to celebrate.

It’s an awesome win for the squad, which is 25-0-4 for the season and five points ahead of second place.