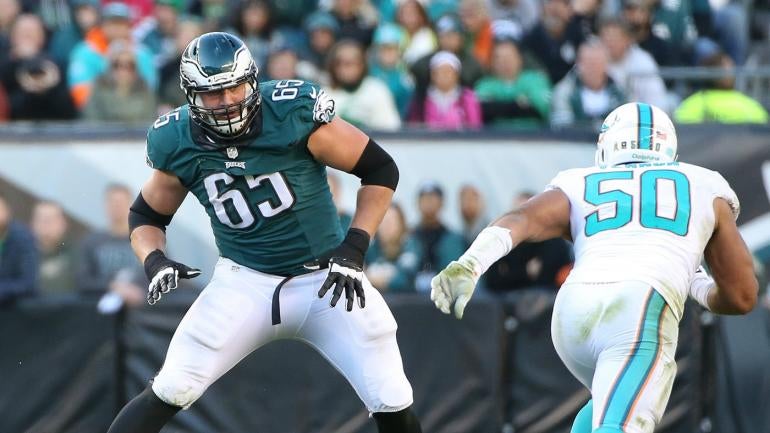 Philadelphia sports radio callers can get a little outlandish sometimes. That’s true even when the caller is a former Eagles quarterback. Over the weekend, Donovan McNabb, who quarterbacked Philly from 1999 through 2009, leading the team to a 92-49-1 record, five division titles, five conference title game appearances and a Super Bowl appearance, stated that unless current Eagles starter Carson Wentz leads the team to the NFC title game in the next two seasons, the Eagles should move on from him after the 2020 season.

“I think in the next two, three years — two years or so — he has to find a way to get out of the second round of the playoffs,” McNabb said. “What Nick Foles was able to do, take them to a Super Bowl and then possibly take them back to the NFC Championship Game, proves that, hey, some people can get into that offense and be very successful. (Wentz) hasn’t been healthy. He hasn’t really proven, to me, besides the year before he got hurt in the year he was, really, an MVP candidate. He needs to get back to that moment.”

One of Wentz’s current teammates was none too happy about McNabb taking this shot at Wentz. Lane Johnson fired back on Twitter, implying that McNabb is a snake and outright declaring that nobody respects the former Eagles passer when he comes back to Philly.

So, let’s talk about what McNabb actually said here.

First, he said that Wentz just hasn’t been healthy. That’s kind of indisputable. He’s suffered a season-ending injury during two of his three NFL seasons. But quarterbacks who get injured early in their careers don’t always stay injury-prone. Matthew Stafford, for example, had his season end early during each of his first two years in the league, but has not missed a single game since. Nobody thinks he’s injury-prone anymore. We could easily be looking back on Wentz’s early-career injury issues the same way a decade from now.

Then, McNabb said that Foles proved it’s possible to win in this offense and that Wentz hasn’t gotten past the second round of the playoffs. The first part of that statement is true. Foles won a Super Bowl. But Wentz hasn’t had a chance to lead Philly past the second round of the playoffs because, you know, he was injured. It’s difficult to win in the playoffs if you are not available to play. And saying that Wentz hasn’t proven anything other than he was (possibly) about to win MVP is more than a little bit ridiculous. If you have a season that good, you’re probably at least a pretty good player!

Regardless of what McNabb says, it seems incredibly unlikely that the Eagles will be moving on from Wentz if they don’t get to the NFC title game within the next two seasons. Unless he has even more injury issues during that time, he is likely going to get a big contract extension and get a number of shots to lead the Eagles into the postseason over the next decade or so, just as McNabb himself did back in the day.