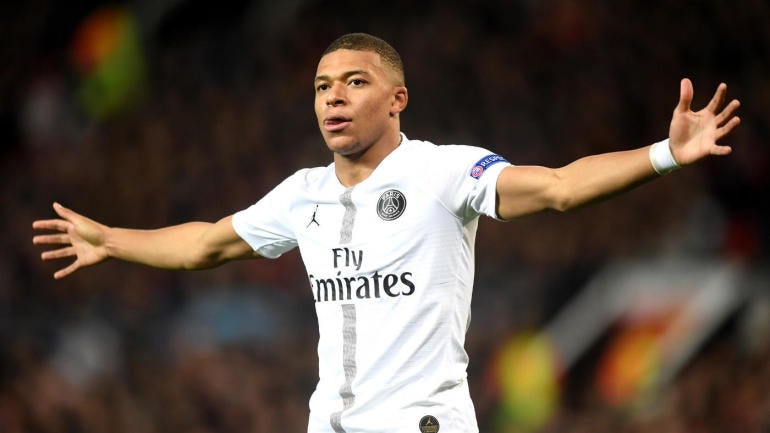 Fresh off winning another Ligue 1 title and grabbing a hat trick on Sunday in PSG’s 3-1 win over his former club, Monaco, Kylian Mbappe has addressed the rumors linking him with a move away from the French capital. Speaking to Canal+ after the match, Mbappe said he is staying in France and won’t me making the move to Real Madrid:

“I’m staying at PSG. I’m fully involved in PSG’s project,” Mbappe said. “I’m happy for Real Madrid that [Zinedine Zidane] has come back. I’ll watch their games as an admirer.”

Real Madrid has been linked with some big signings this summer since the departure of Cristiano Ronaldo and the return of Zidane as head coach. The club is going through a trophy-less campaign which is a huge drop off from winning the Champions League the last three seasons. Zidane is Real’s third coach this season after the failed stints of Julen Lopetegui and Santiago Solari. With the team struggling, and some players like Gareth Bale appearing to be on the way out, Real Madrid has been linked with some of the world’s top talent, with Eden Hazard of Chelsea reportedly set to join.

It’s only natural for one of the world’s biggest clubs to be linked with the best young players, and there isn’t a better teenager in the world of soccer than Mbappe. Just imagine having him with Hazard and rising star Vinicius Junior. That doesn’t even seem fair. Real has already announced the signing of highly rated 21-year-old defender Eder Militao, a Brazilian international who joins from Porto.

There’s no doubt Real will continue to be linked with Mbappe, and you can expect the Neymar to Real Madrid rumors to continue throughout the summer. Each summer, Real Madrid usually splashes the cash and it’s going to need to if it wants to contend. It just looks like that for now, Mbappe is off limits.

You can watch Mbappe and PSG on fuboTV (Try for free).