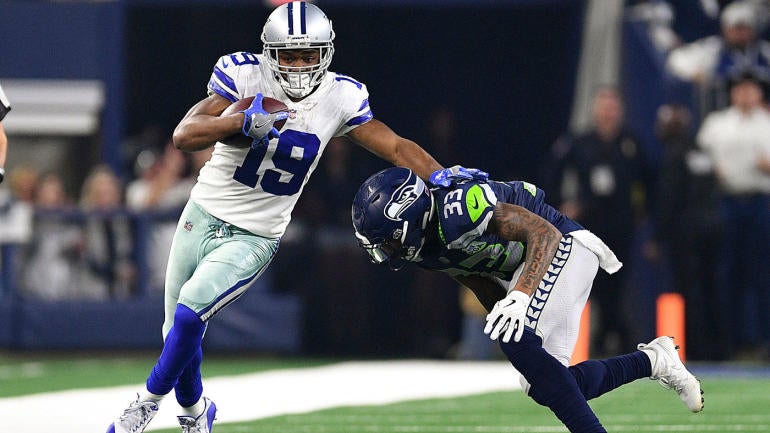 The Dallas Cowboys have been fairly open this offseason about their intention to retain their core stars. They locked up star edge rusher Demarcus Lawrence with a five-year, $105 million contract earlier this offseason, and last week executive vice president and COO Stephen Jones indicated that the next guys in line are quarterback Dak Prescott and wide receiver Amari Cooper.

Prescott’s deal could be a bit more complicated because he is both a quarterback and someone who has been playing on a deal that is well below the market value of a starter at his position because he was originally a fourth-round pick. Cooper was acquired via trade last season in exchange for Dallas’ first-round pick in this week’s NFL draft, and he is headed into the fifth-year option portion of his rookie contract. He’s currently set to count against the Cowboys’ cap for approximately $13.9 million, but an extension could lower that cap hit and create additional room for the team to sign Prescott to his new deal.

For his part, Cooper isn’t necessarily worrying about the prospect of a new deal, and he actually seems pretty confident about the state of negotiations.

“My agent has probably talked to me three or four times about where we are in the process,” Cooper said at a radio event this weekend, per the Dallas Morning News. “I really don’t think about it much. I feel like we have time. … I feel like they’re active about it and they want to get it done.”

Instead of worrying about what will happen with his deal, Cooper just wants to play up to the level of what he feels he should earn. “I really don’t ask my agent many questions,” he said. “I’m not really worried about it that much. I’m more focused on actually playing and really earning the respect and then the contract.”

During his nine games in Dallas, Cooper caught 53 passes for 725 yards and six scores. He then caught 13 more passes for 171 yards and a touchdown during the Cowboys’ playoff run. If he keeps producing like that, he will be worth whatever the Cowboys pay him. If he regresses to what he looked like during the last year and a half he spent in Oakland, they’ll presumably come to regret it. They have to hope that Prescott and new offensive coordinator Kellen Moore (Prescott’s former backup and the team’s QB coach last year) can unlock the talent that made Cooper the No. 4 overall pick back in 2015.